Chipworks: Apple Turns to New Suppliers With the iPhone 6 and iPhone 6 Plus [u]

Today is the big day: the iPhone 6 and iPhone 6 Plus have officially been launched in ten countries – Canada included. Some flew 12,000 km just to drop-test their new purchase while others, like the guys from iFixit, were desperate to perform their usual teardown. Chipworks is no exception: here are some of the surprising moves Apple did with the iPhone 6 and 6 Plus. 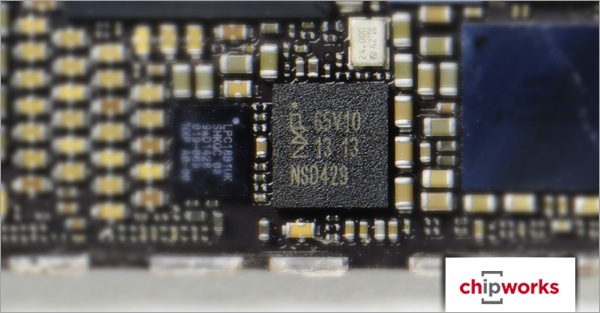 Apple states the A8 chip incorporates 2 billion transistors; despite being 13% smaller than its predecessor, the A7. The guys from Chipworks were able to grab a shot of the memory part of the package-on-packed (PoP) — the actual A8 chip is underneath that package.

While the full details will be revealed after they finish the teardown, what they noticed upon first inspection is that Apple has this year, changed the part number convention from the usual “98” suffix to APL1011. Stay tuned!

Update: Chipworks confirms Apple-TSMC partnership for the A8 chip.

Latest news from @Chipworks: The A8 processor was fabricated at TSMC and uses a 20 nm CMOS manufacturing process.