Today, Instagram has released a minor update to its Direct messaging feature, adding the ability to send links directly in the app.

Instagram is also adding automatic links to phone numbers and addresses sent through Direct, which can be very useful. Additionally, the update adds support sending both landscape and portrait images in Direct messages. Users can now send the photo as it was captured, instead of weirdly cropping your pictures. 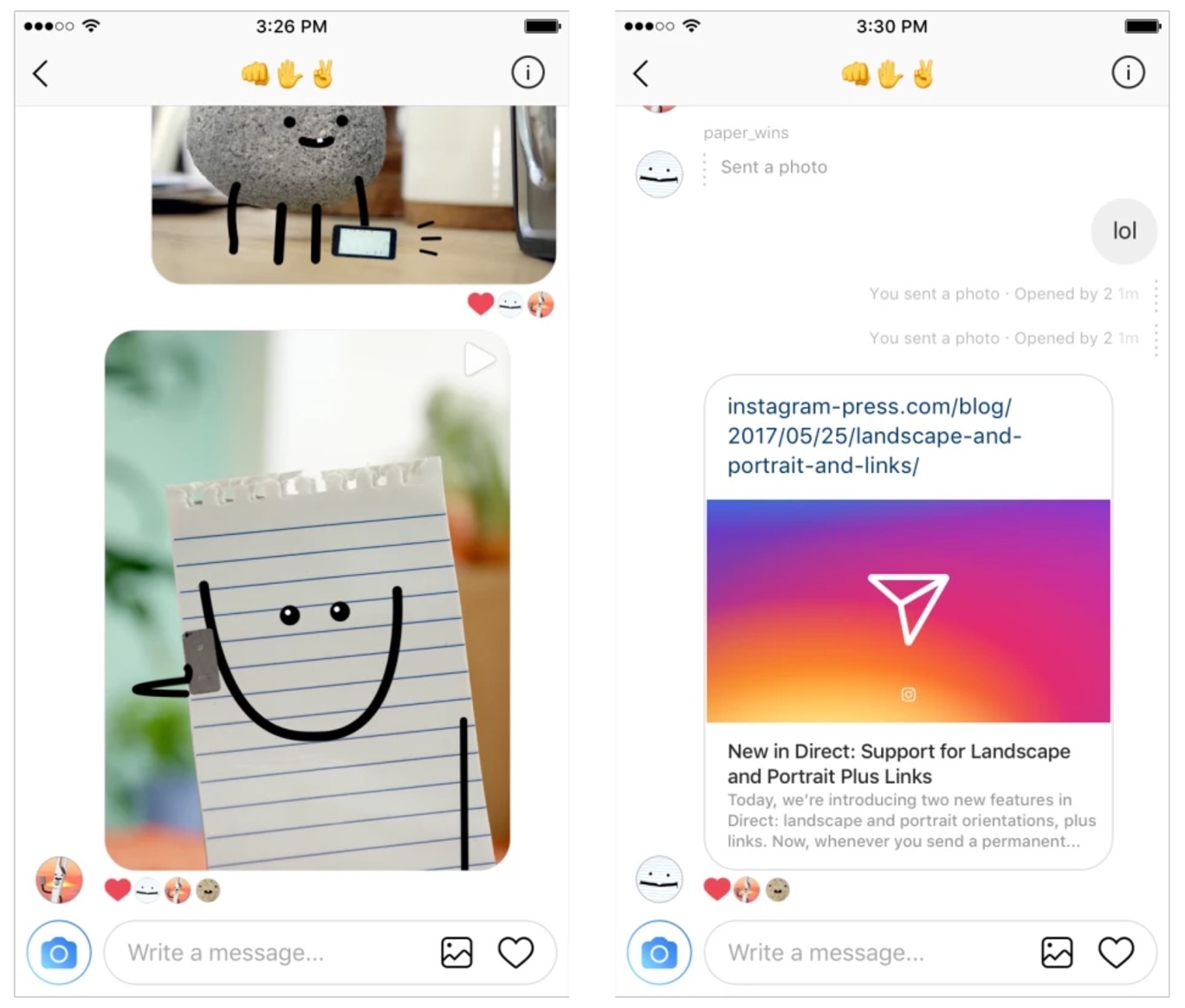 Instagram is available as a free download from the App Store. The app requires any device running iOS 8.0 or later.

Security researchers from HUMAN’s Satori Threat Intelligence team have identified 75 apps on Google Play and 10 apps on the App Store engaged in ad fraud, resulting in over 13 million installations (via Bleeping Computer). The researchers say they have identified a collection of mobile apps that are part of a new ad fraud campaign named 'Scylla'....
Usman Qureshi
39 mins ago

YouTuber and tech gore creator TechRax took it upon himself to give Apple's new iPhone 14 Pro a facelift in a recent video. "I can't stand the protruding camera bump," he said, preparing to saw it off. The camera island on the back of this year's iPhone 14 Pro models is larger in all directions than the...
Nehal Malik
39 mins ago

According to Bloomberg’s Mark Gurman, he believes Apple may not hold an October event to announce Mac and iPad Pro updates with M2 chips. The M2 chips were unveiled at WWDC this summer. Does Apple have enough new features still hiding to justify holding an October event with the media? “It seems unlikely,” says Gurman. […]
Gary Ng
53 mins ago