One day after releasing iOS 12.2 beta 2 for developers, Apple has released the same build for public beta testers. 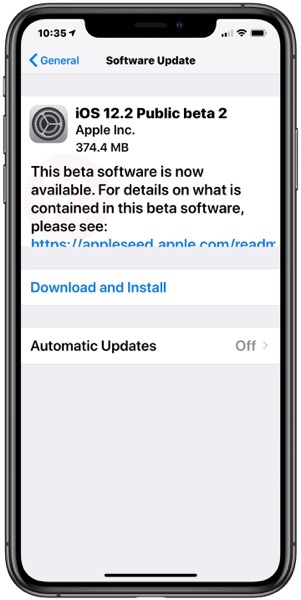 iOS 12.2 beta 2 includes new features, such as four new Animoji characters for iPhone X or newer, plus other tweaks.

Also available for download is the second public beta of macOS Mojave 10.14.4 and tvOS 12.2 as well.

Apple’s Beta Software Program is free for customers to try pre-release software on their devices. It’s highly suggested to install these beta builds on your secondary devices, because of bugs and other issues normally part of test software.