Apple’s iOS 12 will finally let users set up more than one face in Face ID on an iPhone X. Even though the feature was not officially mentioned anywhere today, iOS 12 will support an alternative appearance, which gives users access to add one more person to Face ID on their iPhone X.

Previously, Face ID was restricted to one person’s face, which made sharing a device with a family member more difficult as Touch ID was able to support multiple users. 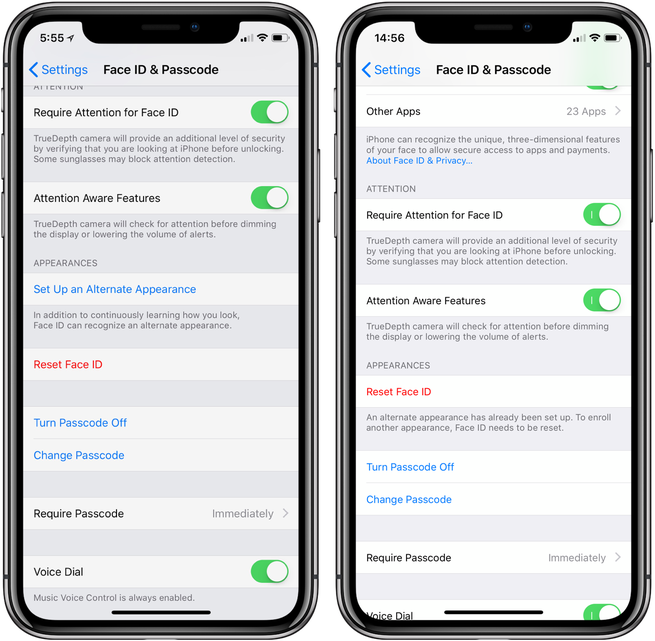 Within the Face ID settings there is now a toggle called “Set Up and Alternative Appearance,” with a description that reads:

“In addition to continuously learning how you look, Face ID can recognize an alternative appearance.”

The folks over at 9to5Mac, who made this discovery within iOS 12, have tested this setting and verified that it allowed them to register another face with Face ID on iPhone X. I have also confirmed on the iOS 12 beta that is is possible to add a second person to Face ID, and it works well.

Make sure you keep up with all our coverage of WWDC 2018 here!