Apple has provided an update on its iOS 12 adoption rate, noting “63% of devices introduced in the last four years are using iOS 12,” as noted on their developer page, as per App Store data measured on October 29, 2018. 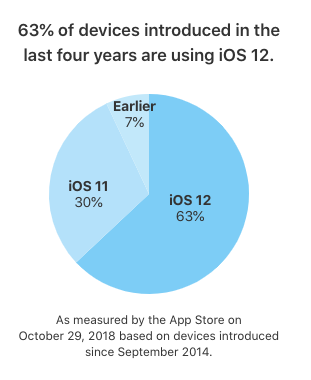 At Apple’s October event in Brooklyn, New York, on Tuesday, CEO Tim Cook closed out the event by saying (at the 1:17 mark or so), “iOS 12 is off to an unbelievable start. It’s been installed on more systems in the first month than any version in history. This is incredible.”

Cook added, “60% of all iOS devices out there are already running iOS 12.”

That data was probably compiled well before the keynote, so Apple’s developer website noting 63% is probably the more current number.

As for Android? The majority of its user base is running Nougat 7.0 at 28.2%. Android Pie 9.0 released on August 6, 2018—the latest version—has less than 0.1% distribution (it’s available on the Google Pixel 3 which launches today): 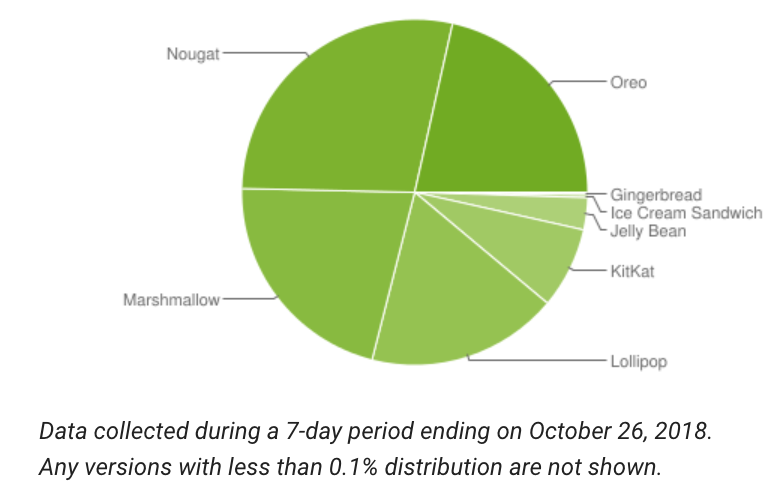 Are you running iOS 12.1 on your devices?