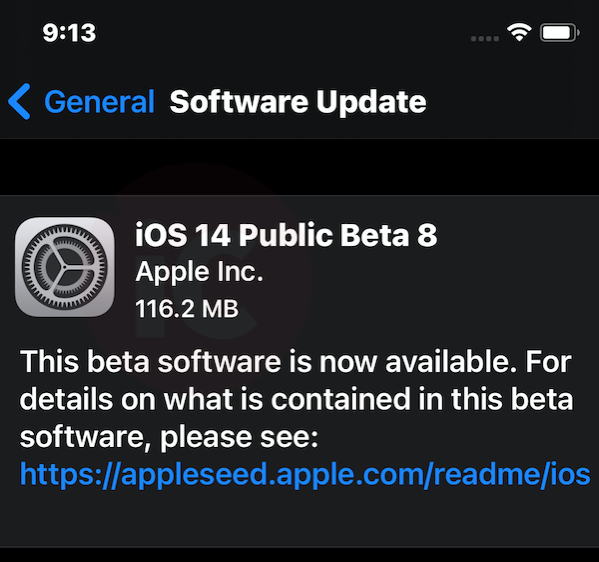 After releasing iOS 14 beta 8 for developers this morning, Apple released the equivalent version for Public Beta testers later in the day.

Apple is set to hold a special event next week, with the tagline “Time Flies”, expected to debut new Apple Watch models but no iPhones (that’s apparently coming in October). Apple will most likely announce the software release dates for iOS 14 and more, so the next beta release may be golden master builds (the final release versions).