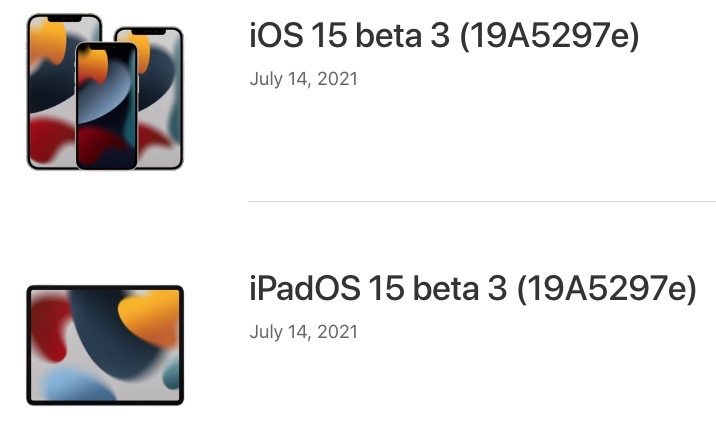 Apple has released new betas of iOS 15 and more for developers on Wednesday morning. Check out what’s available now for download:

No word on what’s new just yet, but stay tuned. Apple usually tweaks features, settings and designs in each beta release, so it’ll be interesting to see what pops up.

Equivalent versions for Public Beta testers should be out shortly as well. Now that we’ve reached the third beta of iOS 15, now may be the time to install it on your primary device to try, if you’re willing to take the risk, as by now some initial bugs should be ironed out.