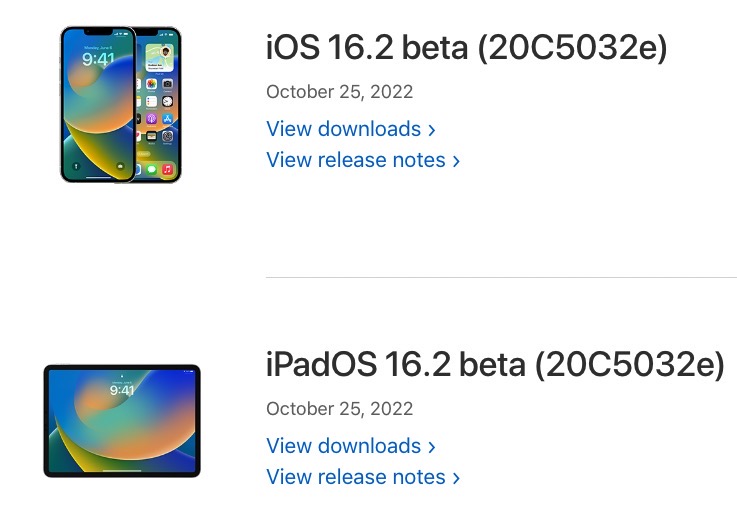 Apple today released the first betas of iOS 16.2 and iPadOS 16.2 for developers, and more. Check out what’s available for download below:

Stay tuned to find out what’s new in these updates.