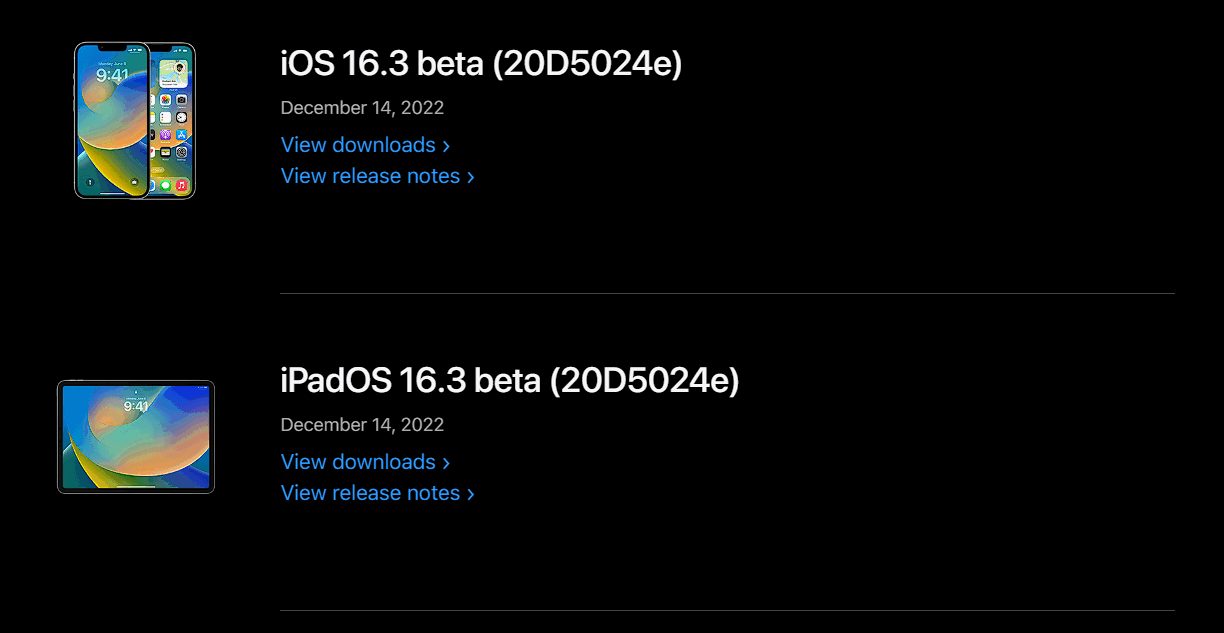 The beta builds come just a day after the tech giant started rolling out iOS 16.2 and iPadOS 16.2 to the public. Check out what’s for download right now below:

No word on what’s new in these betas just yet, but stay tuned for updates. Equivalent versions for public beta testers should be out shortly, possibly by tomorrow.

Apple has officially launched sales of its new HomePod second-generation in Canada, with first pre-orders set to deliver today. As of writing, you can buy HomePod 2 on Apple’s website and have it ready for pickup at your local Apple Store. Select addresses can also get HomePod 2 with same-day delivery. HomePod 2 costs $399 […]
Gary Ng
16 mins ago