With Monday’s release of the GM seed of iOS 4.2, Apple has made a few interface changes to the latest firmware.

The first major interface change comes with an updated multitasking bar, which now features both Volume and Brightness controls in addition to the regular Orientation Lock and iPod controls.

This change seems to be iPad only at this time.

The next change was spotted on the MobileMe account set up screen. It seems that in iOS 4.2, users will be able to sign into MobileMe using their Apple ID. There is also a link offering users to create a free Apple ID. 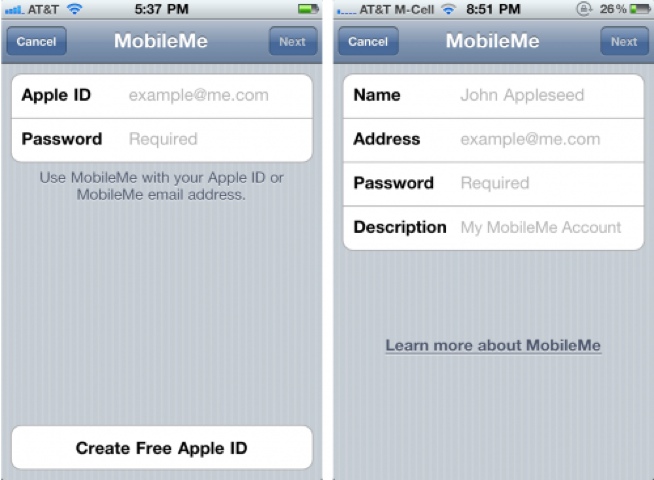 The use of this login is still unknown but it seems Apple may be attempting to consolidate accounts, such as between MobileMe and Apple ID user names.

Another interpretation is that Apple may be allowing users access to some of the features of MobileMe without requiring the usually annual payment.

Weeks after the official launch of the iPhone 14, Apple is already scaling up its new flagship product production. In order to meet demand, Apple will now be manufacturing its devices in India via Foxconn's plant in Sriperumbudur, Tamil Nadu. Apple officially revealed the iPhone 14 series on September 7th. Following its launch soon after,...
Steve Vegvari
37 mins ago