Apple has released iOS 7 beta 6 for developers as an over-the-air update. This update appears to be smaller than previous, as the iPhone 5 version below is only 13.5 megabytes. 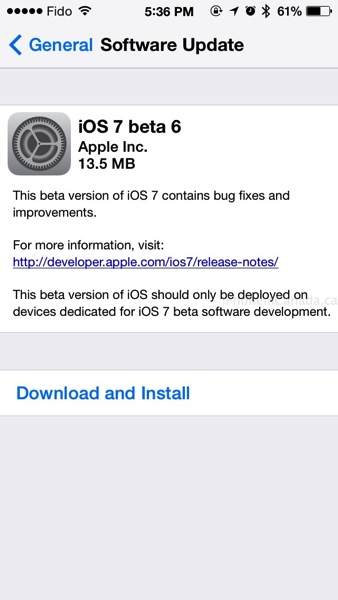 The firmware downloads are also available in the Developer Member Center. 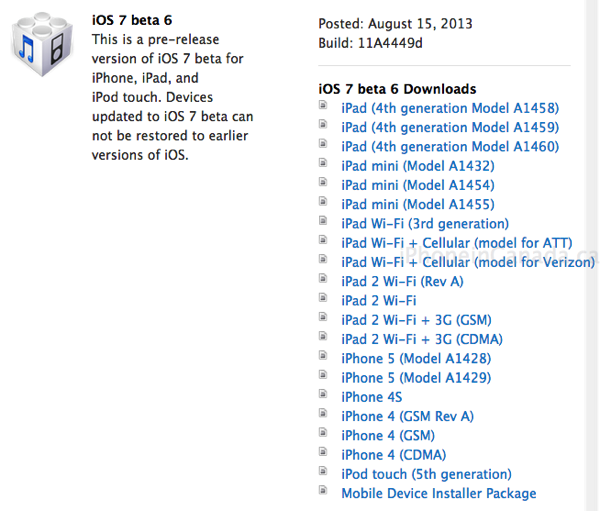 Earlier today a report claimed iOS 7 beta 6 was due next week–looks like it has come early.

According to Apple, this update addresses an issue with iTunes in the Cloud: