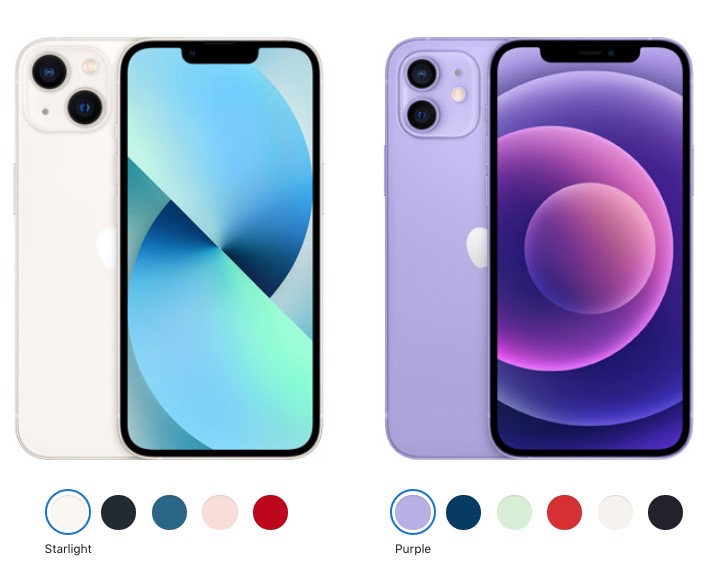 Apple today announced a plethora of new products, but one of the major updates was again the company’s smartphone, with an all-new iPhone 13 line up now available.

What are the differences between the iPhone 13 and iPhone 12? Let’s check them out below…

Both phones have Wide and Ultra Wide cameras on the rear. Except iPhone 13 cameras are now placed diagonally (#muchwow), and can now record using a new Cinematic mode in 1080p at 30fps.

New for iPhone 13 and iPhone 13 mini this year are Photographic Styles (for front and rear cameras), while Smart HDR 4 is available for photos.

Everything else remains the same when it comes to cameras specs for iPhone 13 versus iPhone 12.

Both iPhone 13 and iPhone 12 retain 5G networking, but Apple says more support for 5G is coming in its 2021 models. iPhone 13 uses the A15 Bionic chip versus the A14 Bionic in the iPhone 12. Apple says the A15 is “faster than the competition”.

Battery life is now improved in iPhone 13 versus iPhone 12, with the 2021 phone getting 19 hours of video playback versus 17 hours in last year’s phone, a 2 hour increase.

Both include MagSafe again to support accessories and wireless chargers.

iPhone 13 this year supports Dual eSIM, while that is not available on iPhone 12.

When it comes to weight, iPhone 13 is also slightly heavier at 173 grams versus 162 grams for iPhone 12, a 10 gram difference, likely due to the bigger battery in the 2021 model.

If you have an iPhone X or older, jumping to the iPhone 13 would bring some nice camera and battery life upgrades. But the iPhone 12 is now cheaper after a price drop from Apple. You’ll have to take a look at your budget and see what you can afford. But it seems if you’re okay using iPhone models that are at least 1-2 years old, you can save money.

Click here to learn more about iPhone 13 and iPhone 13 mini on Apple.ca. Pre-orders start this Friday, September 17 at 5am PDT in Canada, with a launch one week later on September 24.