Google’s latest Pixel 7 Pro flagship smartphone has already made quick work of the iPhone 14 Plus, but can it measure up to the iPhone 14 Pro Max? A new video from the YouTube channel Max Tech tries to find out just that. 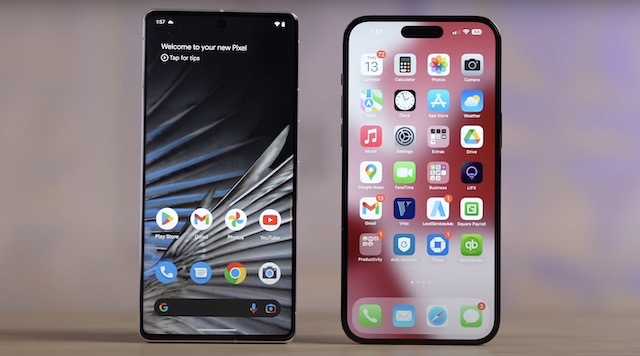 The Pixel 7 Pro features an upgraded 50MP primary camera, a 12MP ultrawide shooter, and a 48MP telephoto lens that will feature 5x optical zoom. Pixel 7 Pro’s “pro-level zoom” also makes for the “highest quality zoom on a Pixel ever.”

The Pixel 7 Pro also sports a smooth, 120Hz refresh rate with an Always-On Display, a feature only available on the iPhone 14 Pro models in the lineup.

As to how well it fares against the iPhone 14 Pro Max, check out the following video to find out, which includes the following feature comparisons: