iPhone 5 To Have Gallium Arsenide?

So you may be thinking, “What is gallium arsenide and why do I care?” Earlier today DigiTimes reported a rumour that Apple has ordered GaAs components from three manufacturers for the next generation iPhone to come out this fall. [To make this easier, GaAs is the chemical formula for gallium arsenide – just for those who don’t have a chemical background.] 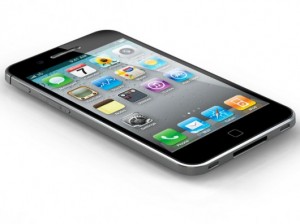 OK first off what is GaAs? It is a semiconducting compound made of gallium and arsenic used in various integrated circuits, diodes and solar cells.

So what makes GaAs so great and why may Apple be interested? I don’t want to get too technical but due to its chemistry, GaAs can function at higher frequencies, can emit light efficiently and is more resilient to heat than silicon. I think the main point is that GaAs can function at higher frequencies with less noise than silicon â€” which is a good thing. GaAs isn’t a new material. It has been used in diodes and microprocessors for supercomputers but the disadvantages may out weigh the advantage of speed.

Disadvantages? Availability is one of the main ones. Silicate minerals are literally everywhere, thus silicon is almost everywhere and this make Si cheap. GaAs is a little harder to come by when strolling along the beach – haha, see what I did there, oh never mind. The other thing is that silicon dioxide is critical in the manufacturing process of integrated circuits because it’s a very good insulator to keep contacts separated. The equivalent for GaAs is not as good and together with a higher impurity density manufacturer small integrated circuits is very difficult and they require more power.

I could ramble on and on about the differences between the two materials, but that could take a whole semester and you’re not into that right? 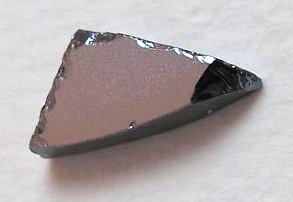 I don’t know, I’m skeptical about this. We’ve already heard about other suppliers preparing for September, is it too late for suppliers to be getting in the game now?Â What do you think?

Samsung's annual Unpacked event is being held tomorrow, February 1st. Unveiling the latest flagship devices, including the Galaxy S23 series. It's likely that there will also be other surprises to be had. Here's how you can watch the digital live-streamed event and not miss a moment. Each year, Samsung hosts its Unpacked event and reveals...
Steve Vegvari
12 mins ago