According to Kantar Worldpanel ComTech’s latest OS market share figures, Apple’s share of the smartphone sales in the three months to August remained stable and fell just 0.4% year on year in the five biggest EU countries i.e Germany, Great Britain, France, Italy and Spain. The researchers note that Apple’s iPhone 5C marketing efforts helped it maintain sales in the weeks ahead of its latest iPhone launch (via Business Insider). 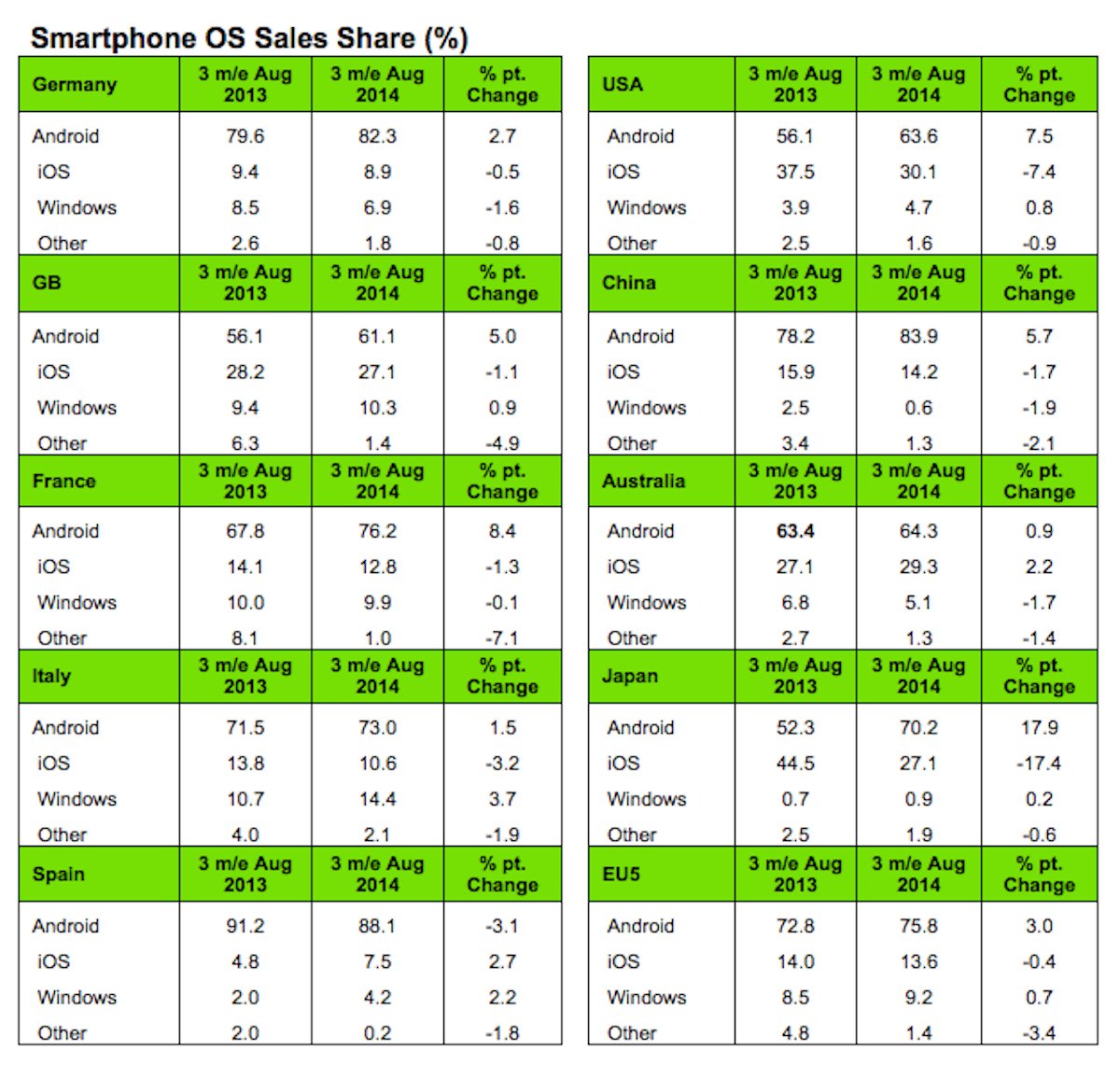 Kantar says that Apple even saw a slight increase in smartphone sales on 2013. It seems that Apple’s cheapest new iPhone during the period i.e the iPhone 5C, attracted less of an early-adopter audience, people who were not as likely to opt for another new flagship phone so soon after buying their last one. The trend was particularly significant in the UK, where the iPhone 5C was the best-selling phone in August.

“The iPhone 5C clocked up an 8.9% share of all GB smartphone sales in the period, outselling the iPhone 5S (7.6%) and the Samsung Galaxy S5 (6%). Kantar says loyalty has never been Apple’s problem in Great Britain, but attracting consumers away from Android still remains a challenge. Android yet again dominated European smartphone sales, grabbing almost three-quarters (72.2%) of sales. Elsewhere in the world, the iPhone 5C didn’t prevent the seasonal drop off in market share. In the USA, share of sales fell 7.4% on 2013, while in Japan they tanked 17.4%.”

It is interesting to point out that Kantar conducts over a 1 million interviews per year in Europe alone to form its quarterly market share figures.