Unlocked iPhone 5C Prices in Canada Start at $599 for 16GB

Yes, it is true: the long-rumoured lower-cost iPhone has finally materialized as the iPhone 5C. It was officially presented today, September 10, 2013, during the highly anticipated iPhone event that brought colours into iOS device owners’ lives. So far so good, but what about the price? 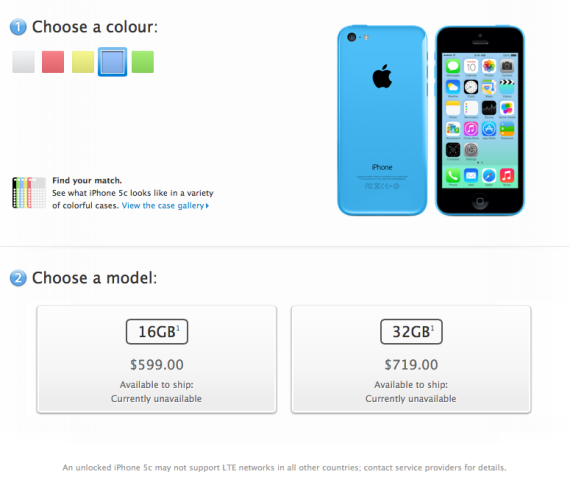 Well, its pricing would suggest that it can’t exactly be called a “low-cost” device:

Compared to the US pricing, Canadians will have to pay a $50 premium for owning the iPhone 5C:

Pegatron CEO has “warned” future iPhone buyers that the lower-cost iPhone won’t be cheap. Which one is your choice: the iPhone 5C or the iPhone 5S?