Silicone ‘iPhone 5’ cases started to appear online in late July, and they are also widely available in China now. We’ve also seen CGI renders of the next iPhone based on these designs as well.

Electronics retailer DealExtreme now has some ‘iPhone 5G’ cases available. Available in a myriad of various colours, these transparent cases reveal a thinner, tapered iPhone design. These cases are similar in design to what we’ve previously seen online. Prices range from $2.60-$3.70. 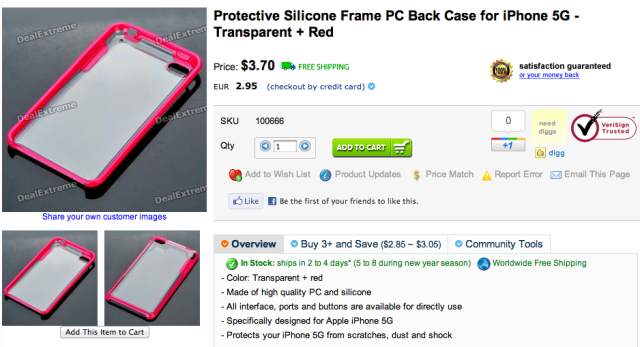 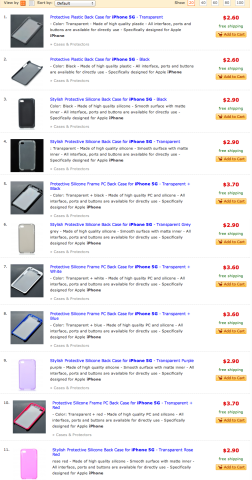 This is the first time I’ve seen a large retailer try to sell ‘iPhone 5’ cases, let alone call them ‘iPhone 5G’. Take them for what they are worth, but it looks like we can expect the next iPhone to look similar to what all these cases (and ones previous) have shown–a thinner, tapered design, along with a larger screen. 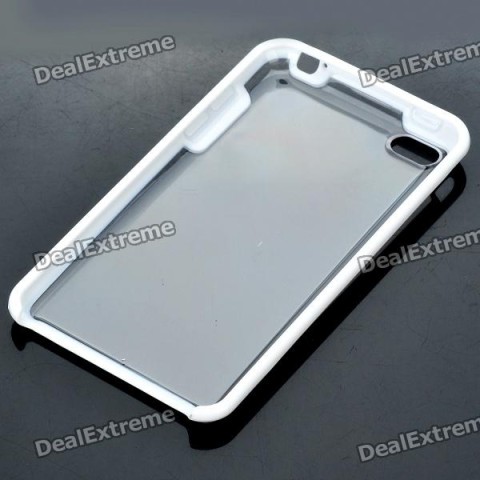 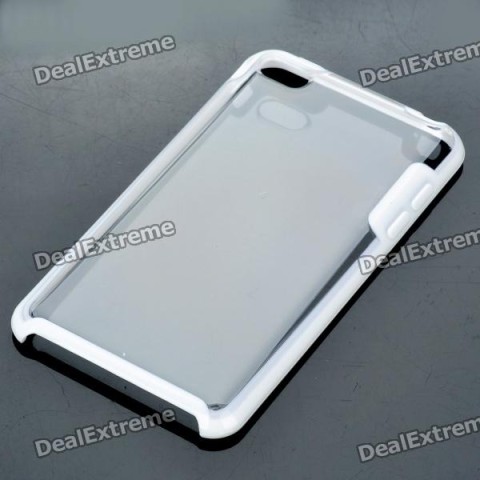 Yesterday we saw the leak of iPhone 5 cases from Case-Mate (then quickly taken down), along with further evidence of two iPhone models and an announcement that is just ‘weeks away’.