Apple Said to Be Facing Battery Production Challenges with the 5.5 inch iPhone Air 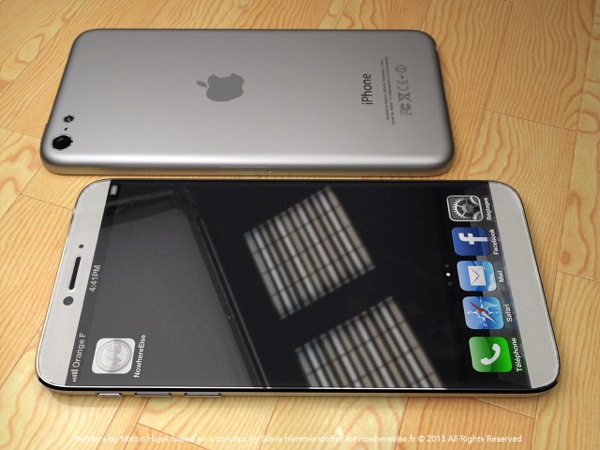 Rumours of the iPhone 6 mentioned two display sizes, but only the 4.7-inch model will hit the market this year, at least according to the Taiwanese Commercial Times (via GforGames).

Industry sources claim the 5.5-inch iPhone – referred as the “iPhone Air” – is facing production issues, so it will be delayed until next year, as Apple’s battery providers are unable to meet the company’s requirement to cut almost a third of the battery’s thickness.

The same sources say the 5.5-inch iPhone will be very thin, and so the battery must measure around 2 mm, which compares to up to 2.8 mm thickness of the batteries found in current smartphones in general.

Due to this challenge, the release of the 5.5-inch model will be delayed until 2015. It is worth noting here that the branding, iPhone Air, is not yet finalized, but it would be interesting to see if Apple indeed chooses to go with the “Air” name, just as it did with the iPad last year.

In a recent interview, Apple engineer Esge Andersen discussed how the company achieved improved sound quality regarding the AirPods Pro 2. Much of the improvements came without the integration of lossless audio and it is all thanks to improved airflow instead. Speaking with What Hi-Fi?, Andersen pulled back the curtain about the improvements to audio...
Steve Vegvari
18 mins ago

As worker unrest continues onsite of Foxconn's Zhengzhou plant in China, Apple is expected to face a shortfall of up to an estimated six million iPhone 14 Pro units. Foxconn's plant, which is often referred to as 'iPhone City' due to its size and importance in Apple's supply chain, has been facing worker protests. Due...
Steve Vegvari
58 mins ago