You ever meet up with people to buy iPhones in sealed boxes? Well, you may want to think twice, in case the boxes are actually filled with nothing but rice. 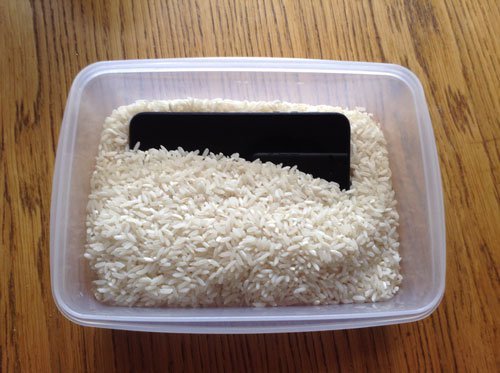 Toronto Police issued a release yesterday to note they are seeking more victims after 21-year old Gyimah Andrews Boateng, was charged with two counts of Fraud Under $5,000, for selling iPhone 6 boxes filled with rice, instead of the smartphones, to buyers on classifieds website Kijiji.

Two victims (ages 20 and 27) have come forward, detailing how they met up with a man in northwest Toronto to purchase what appeared to be sealed boxes containing an iPhone 6. Unfortunately for these buyers—who paid in cash—the boxes were filled with rice instead when they opened them up later.

The transactions took place last month and most recently the beginning of February. Police believe more victims may be out there, and are asking them to come forward to help with the investigation.

Boateng appeared in court on February 10 and was also charged with two counts of False Pretence Under $5,000 and Breach of Court Order as well.

We’ve seen similar scams in the past before, where scammers would sell iPad boxes filled with clay, or return iPhones to carriers but with knock offs posed as legitimate models.

If you’re making an iPhone purchase on Kijiji or Craigslist, it’s always good to test a working phone before you hand over the cash—and also check the IMEI on Apple’s Activation Lock Status page, to ensure the device hasn’t been previously noted as lost or stolen.