New details, including the dimensions of both the 4.7-inch and 5.5-inch models of the forthcoming iPhone 6 have been revealed by French site iGen.fr. Since the leak is coming directly from Foxconn, it apparently confirms the protruding camera and the model codenaming we’ve seen so far: N56 for the 5.5-inch and N61 for the 4.7-inch iPhone 6. 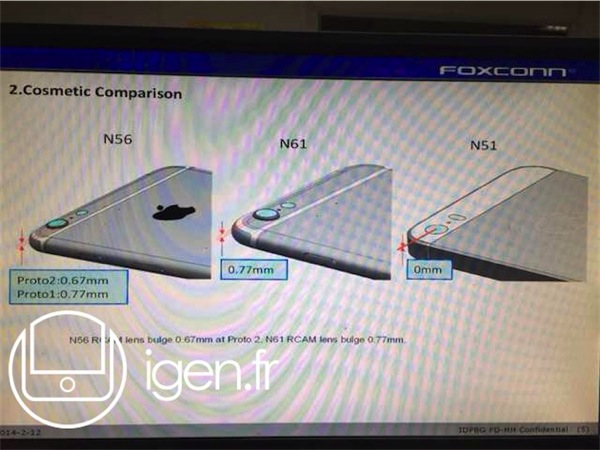 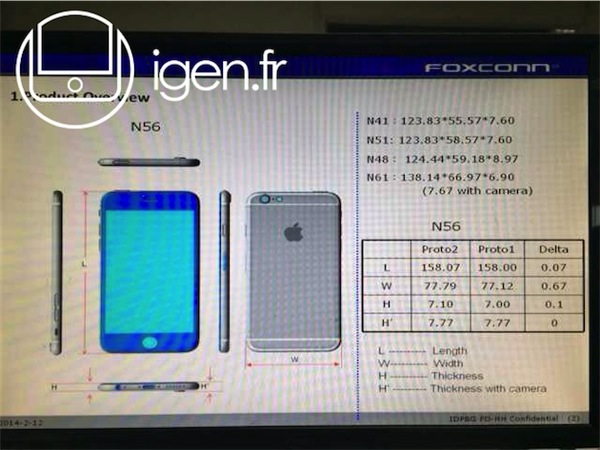 In accordance with previous rumours, the source claims the iPhablet will feature a bigger, 2915 mAh battery, but it did not specify whether it will be equipped with sapphire glass or not. 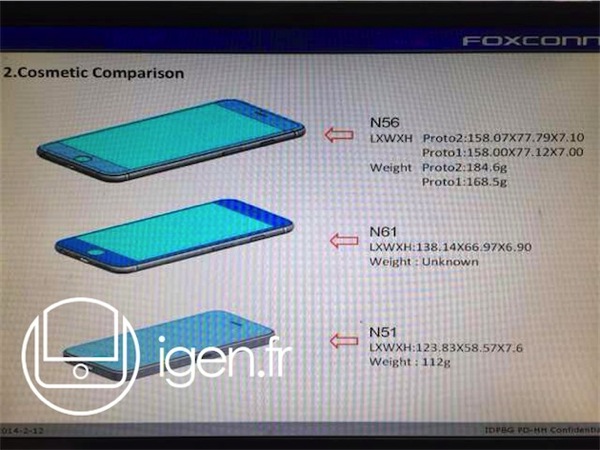 An interesting addition to what we’ve already heard is that Apple allegedly considered incorporating a 2.5 mm audio jack, but scrapped the idea due to compatibility issues.

Apple is widely expected to launch the iPhone 6 on September 9.