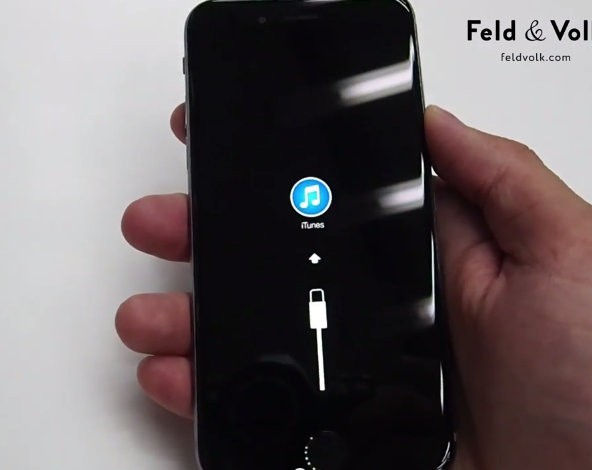 Russian luxury iPhone modifier Feld & Volk has been a source of leaks this year, such as earlier showing off NXP’s NFC chip within an assembled iPhone 6 logic board.

Now, the company has posted a hands-on video to its YouTube channel showing an alleged iPhone 6 being plugged in and connected to iTunes. Check it out below:

As you can see from the video above, a Lightning cable is plugged into the alleged iPhone 6, which then shows a connector pointing to an iTunes logo. The camera is then panned to an iMac showing the device attempting to connect to the iPhone software update server, but is unable to because of no internet connection. The end of the video shows two devices, which look to be an iPhone 5s (updated) next to the 5.5-inch iPhone 6 showing the connect to iTunes image.

This could be an elaborate fake, but given Feld & Volk’s track record to date in leaking iPhone 6 parts this year, it sure does look interesting to say the least. What do you think about this video?

Update: Here’s a video from their Instagram page–this device has apparently been pieced together with spare iPhone 6 parts, an impressive feat: