Watch the iPhone 6 Plus Survive a Wingsuit Drop from Over 7,000 Feet [VIDEO] 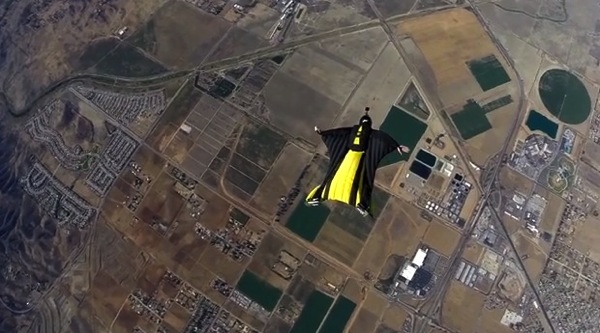 YouTube channel RatedRR has released its final iPhone 6 Plus torture test, this time dropping the new phone from a wingsuit flight between the elevation of 7000 to 12,000 feet.

The iPhone 6 Plus was able to be located in a field afterwards via Find My iPhone and despite a cracked screen, was still fully functional.

This video was the last of six total videos putting the iPhone 6 Plus through various ‘torture tests’, which included thermite, a shot from a .50 cal rifle, a dunk into water, an encounter with a Blendtec and also liquid nitrogen. Come on, no bend test? 😉