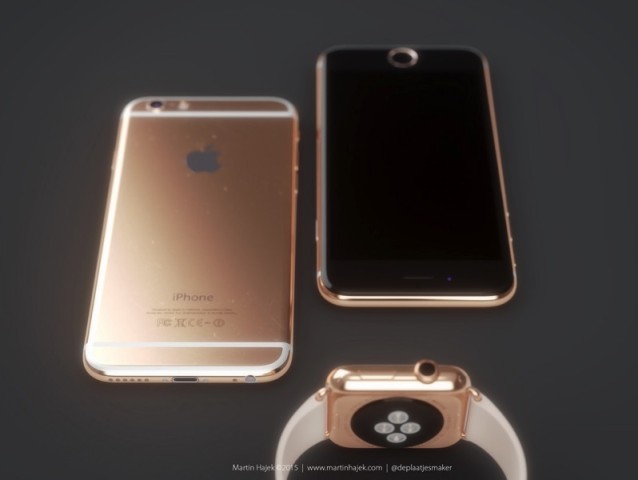 In a note issued to investors, KGI Securities analyst Ming-Chi Kuo singled out a handful of key selling points of the next-generation Apple handset dubbed as the iPhone 6s. Among them we find a notable rear camera upgrade, a new colour option, and others (via AppleInsider).

You may recall that Apple introduced the gold colour option with the hot-selling iPhone 5s in 2013. Since then we’ve seen that colour option in other devices. The most recent was the Apple Watch, but with a major difference: The wearable is actually made of gold. But there is a rose gold option as well, and Kuo predicts Apple will add this colour option to the iPhone 6s line to match the Apple Watch.

Apple will maintain the same screen sizes – 4.7-inch and 5.5-inch – for the iPhone 6s, but it will use different casing materials and a restructured internal design, addressing the “bendgate” issue affecting the iPhone 6 and 6 Plus.

And sapphire is back again: Kuo predicts that if Apple and its suppliers are able to solve the drop-test issue, we may see a limited number of iPhone 6s Plus units featuring sapphire cover glass. Such exclusive features seem like a repeat of last year.

Corroborating earlier rumours, Ming-Chi Kuo predicts a camera upgrade. He believes Apple will use a 12 MP rear camera with the iPhone 6s, alongside Force Touch input, which will be the biggest selling feature of the next-generation iPhone.

While we didn’t have any performance issues with the iPhone 6, we’ll take the extra 1 GB of RAM predicted by Kuo, thank you, in the hope of better multitasking features. By increasing the RAM to 2 GB the iPhone will match that of the iPad Air 2.

Finally, the analyst says Apple will skip launching another 4-inch device, so don’t bet on it yet.

Google appears to be working on a new web browser for iOS based on the tech giant's own Blink engine instead of Apple's WebKit, in violation of the App Store Review Guidelines — reports The Register. The in-development browser was referenced in a recent Chromium bug report, but Google says it won't actually release it....
Nehal Malik
30 mins ago