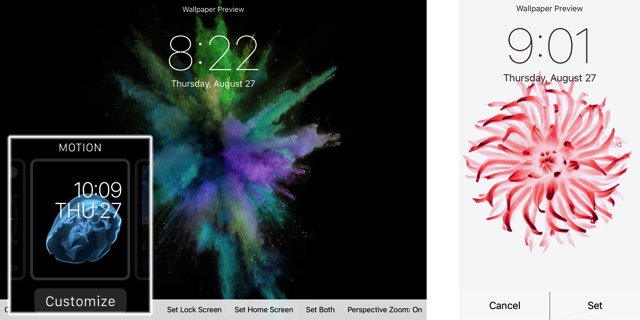 The folks over at 9to5Mac have yet another report regarding the upcoming iPhone 6s, and this time it’s related to the device’s UI. According to “three sources who have used internal iPhone 6s prototypes within Apple”, the iPhone 6s and 6s Plus will be featuring an animated UI with motion wallpapers, much like the Apple Watch wallpapers. In the past, Apple has introduced animated wallpapers via a set of dynamic, colourful dot animations in iOS 7.

“The new animated wallpapers come from the same family as the set of “Motion” watch faces that dominate the main screen of the Apple Watch, where the user can choose from jellyfish, multi-colored butterflies, or brightly colored flowers. For the new iPhone, we are told the types of motion wallpapers range from sets of animated fish from a koi pond to colorful arrays of smoke”.

Based on this report, a recently leaked picture of an alleged iPhone 6s Plus box (shown below) with a gold koi pond fish wallpaper, may actually be legitimate. 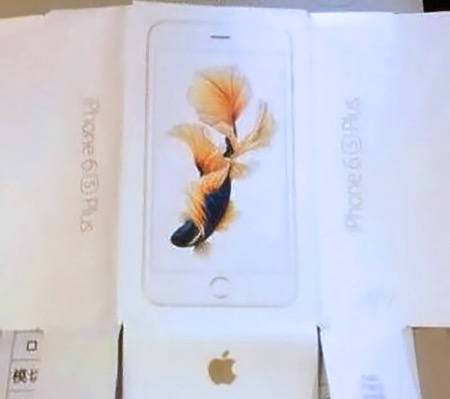 Apple will announce the new iPhones at a special event in San Francisco on September 9.

While Sony is yet to officially announce its selection of free games coming to PlayStation Plus subscribers in December, the lineup appears to have already leaked. According to the leakers at Deallabs, who have a 100% accurate record of sharing early PlayStation game leaks, Mass Effect Legendary Edition, Biomutant, and Divine Knockout are coming to PlayStation...
Usman Qureshi
26 mins ago