YouTube channel PhoneBuff has shared another one of their classic speed tests, this time putting the latest Samsung Galaxy S8 versus Apple’s iPhone 6s from 2015.

While these speed tests are unofficial and consist of opening a series of apps, then reopening them, the nearly two-year old iPhone 6s with its 2GB of RAM and A9 CPU, manages to upset the Galaxy S8, which has an Exynos 8895 CPU and 4GB of RAM. 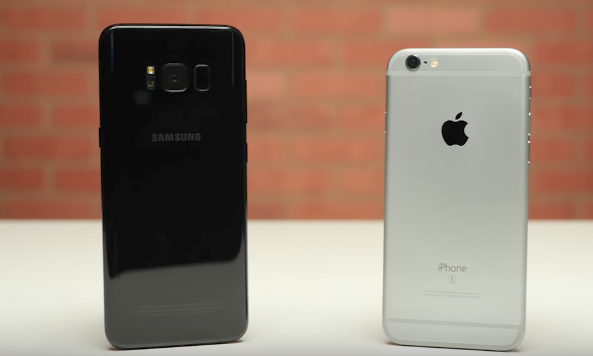 While the Galaxy S8 took a lead in the beginning, the iPhone 6s caught up in the end thanks to its better memory management and took the win, while Samsung again took the ‘L’. Check out the 4-minute video below:

What do you think of this unofficial speed test?

Apple's long-awaited AR/VR headset may not start shipping until the second half of 2023 due to a delay caused by some "software-related issues," according to TF International Securities analyst Ming-Chi Kuo. Kuo previously had the headset pegged for a second-quarter release. He said in a tweet that his sources indicate components for the mixed-reality headset...
Nehal Malik
27 mins ago