MacRumors has spotted what appears to be the first legitimate benchmark of the newly introduced iPhone 7 Plus powered by an A10 Fusion chip. Apple says the chip features a new architecture which makes it the most powerful chip ever in a smartphone, but this time let the performance measurements speak for themselves.

The performance results are quite impressive, as the A10 Fusion chip outperforms the A9X chip powering the iPad Pro, as well as previous-generation iPhones, of course. 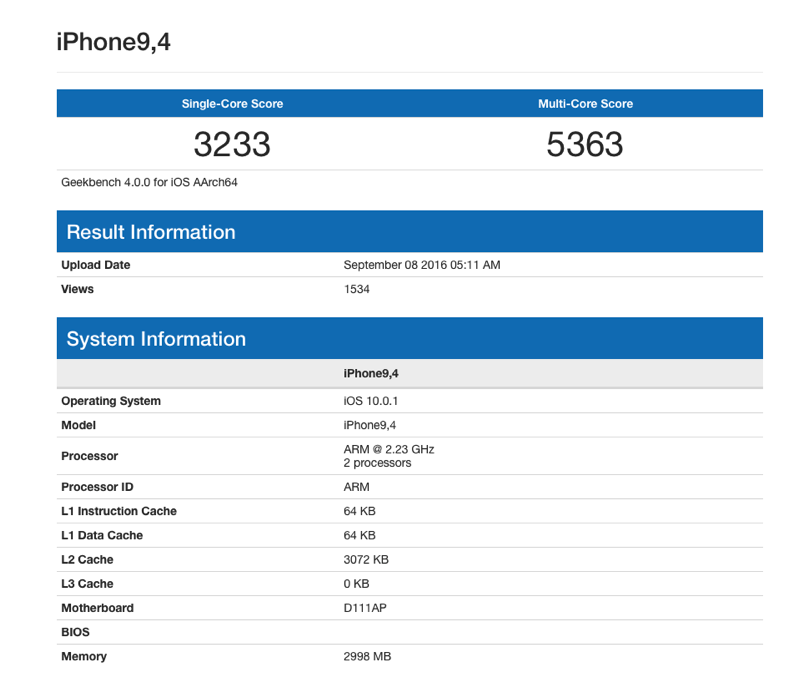 The A10 Fusion chip is clocked at 2.23 GHz, according to the shared benchmarks. The rumour mill talked about a chip capable of running at 2.4–2.45 GHz, but apparently this wasn’t the case.

An interesting addition to the information mix that has been leaked and posted so far is the RAM data that appears on the benchmark results. Apparently, the rumour mill was correct, and the iPhone 7 (Plus) has 3 GB of RAM, which is a welcome upgrade. However, you’ll be able to test it yourself when your device arrives on September 16.