Earlier this month, it was reported that deliveries of Apple’s 10th anniversary iPhone with 5.8-inch OLED display, commonly dubbed as the ‘iPhone 8’, will be delayed by several weeks when it launches in September this year, followed by another recent report by KGI’s Ming-Chi Kuo, according to which the ‘iPhone 8’ won’t arrive until nearly the end of 2017 due to production delays. 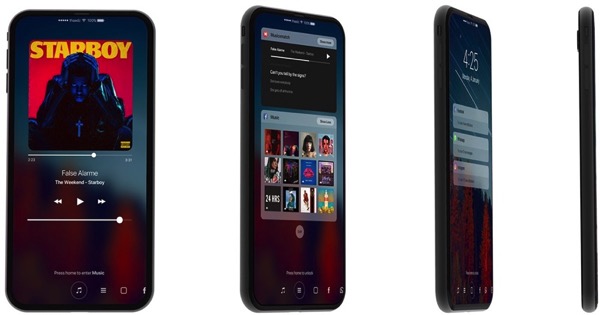 Now, another report by Nikkei Asian Review is claiming that the production of Apple’s upcoming OLED iPhone has hit yet another snag, as suppliers are struggling to perfect key components including display, wireless charging and printed circuit boards. Citing people familiar with the matter, the publication notes that Samsung is facing challenges in delivering the kind of OLED display Apple wants for its ‘iPhone 8′, although they are unclear as to what exactly the issues are.

“There might be a one to two month delay in Samsung’s production of OLED panels for Apple,” said Brian Huh, an analyst at research company IHS Markit. “Samsung originally plans to begin churning out OLED panels in May but now the schedule will likely be pushed back to the end of June or sometime in July.”

The supply chain source pointed out that Apple and its suppliers are also still working to resolve overheating issues in wireless charging modules. Arthur Liao of Taipei-based Fubon Securities said that the new wireless charging board still does not working properly. Sean Kao, an analyst at IDC, said that even printed circuit boards, a common electronics component, are running into problems.

The supply chain source however added that there is still time for Apple and parts makers to ensure components are ready for expected production and shipment schedules.