The accidental release of Apple’s HomePod firmware continues to reveal purported details about the company’s future product line, especially when it comes to ‘iPhone 8’. The latest code snipped uncovered by iHelpBr, seemingly confirms a previous Bloomberg report regarding how the ‘iPhone 8’ face recognition feature may work.

Code references to “AXRestingPearlUnlock” and “com.apple.acessibility.resting.pearl.unlock” suggest when an iPhone 8 is laying flat on a table or other surface, the face recognition feature may still work. Other code snippets point to the feature being allowed for developers and their apps, based on the code “ APPS_USING_PEAR.” 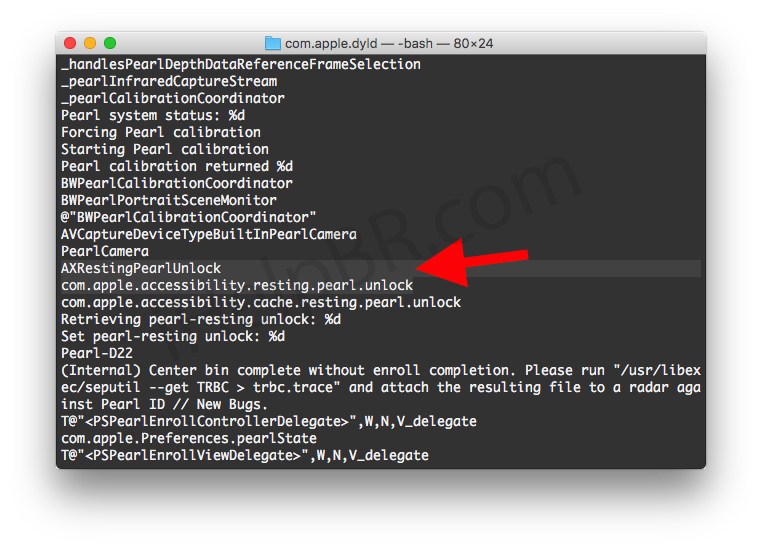 Last month, Bloomberg’s Mark Gurman shed more light on how “Pearl ID” may work, which included details on the feature working while the ‘iPhone 8’ would be laying flat on a table:

The sensor’s speed and accuracy are focal points of the feature. It can scan a user’s face and unlock the iPhone within a few hundred milliseconds, the person said. It is designed to work even if the device is laying flat on a table, rather than just close up to the face. The feature is still being tested and may not appear with the new device. However, the intent is for it to replace the Touch ID fingerprint scanner, according to the person.

iHelpBr also recently discovered iPhone 8 could come with 4K 60 FPS recording capabilities for both the front and rear cameras on Apple’s next flagship smartphone.

If face recognition is ready to replace Touch ID, it has to work well at launch, especially when the latter is the backbone of Apple Pay and iOS security. Let’s wait and find out whether “Pearl ID” will debut this September, when Apple again is expected to hold a special event for its tenth anniversary iPhone.