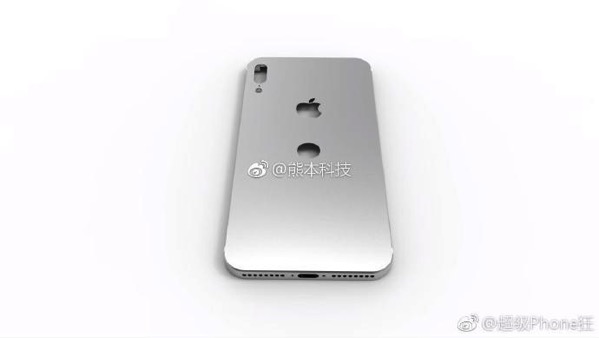 In contrast to previously predicted embedded Touch ID sensor in the display, new ‘iPhone 8’ chassis renderings based on recently leaked schematics appear to visualize the relocated Touch ID fingerprint sensor to the rear side, as commonly found these days on Android phones. The alleged renderings, initially shared on Weibo (via 9to5Mac), also feature the vertical dual camera cutout as well as the previously questioned volume rocker.

The leaked casing also features the vertical dual camera cutout above a flash cutout that we’ve seen on other claimed leaks and schematics. The dual camera system is currently exclusive to the iPhone 7 Plus and features a horizontal layout. The flagship iPhone this year is expected to feature a new bezel-less display design that will require Apple’s Touch ID fingerprint sensor to relocate.

While Apple has said to be working on integrating the fingerprint sensor into the new iPhone’s display, low yield rates with producing that model may be to blame for the rear-mounted approach.

Take a look at the alleged ‘iPhone 8’ chassis renderings and share your thoughts in the comments section: 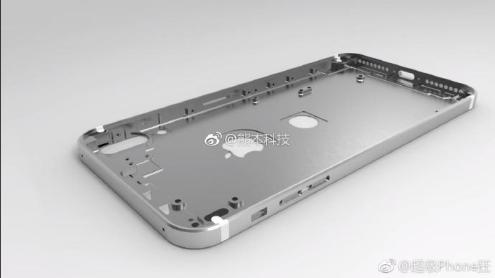 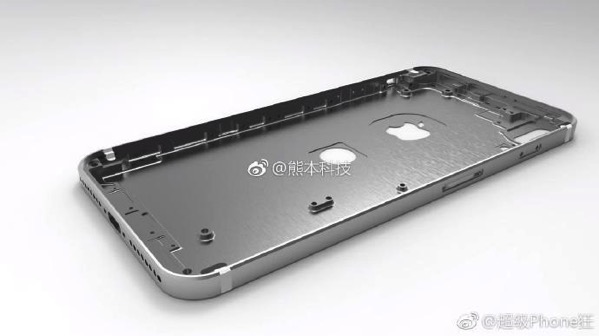 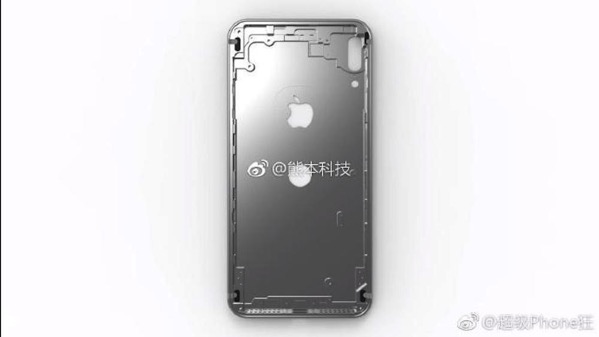