If you’ve been searching for a study that backs your iPhone purchase with the claim, “You are much smarter than Android owners,” here’s one just freshly shared by Chitika (via CNN), which found that states with more college graduates have higher iPhone sales. The study, however, isn’t complete: it doesn’t mention which model makes you (look) smarter. 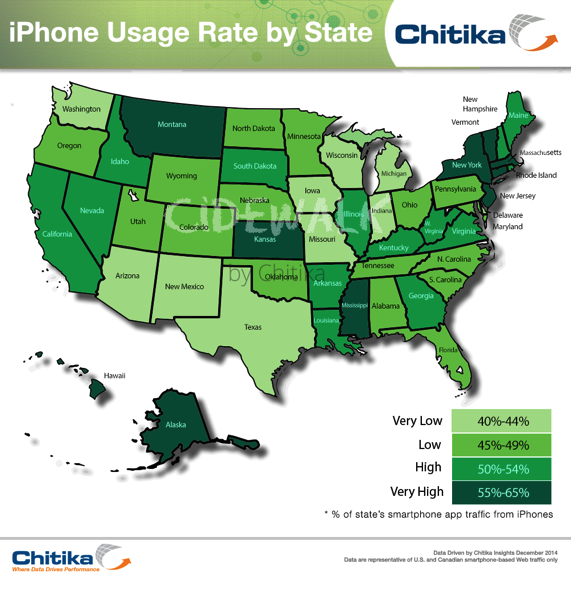 These numbers come to contrast the fact that Android still accounts for more than half of smartphone sales in the US. However, if we look at the sales numbers by manufacturer, Apple is the most popular smartphone OEM in the country, grabbing 42% of all sales, followed by Samsung with 28%, according to comScore’s latest available data.

Chitika, however, admits that its results aren’t comprehensive. “The data on both the dependent and the independent variables are at the state level, thus removing a great deal of granularity from the analysis,” the white paper says.