Apple has updated prices across the entire iPhone range in India – except for the iPhone SE – just a couple of days after the government announced its decision to hike import tax on mobile phones, video cameras, and televisions.

According to a new report from Reuters, the Indian government will now tax mobile imports at 15 percent instead of 10 percent, part of a decision designed to help curb supplies from overseas companies and build up the domestic electronics industry.

The only iPhone model unaffected by the price hike is the iPhone SE, which is being assembled in India by Wistron since May this year, and thus is exempt from import tax.

The updated India pricing of the entire iPhone range is as follows: 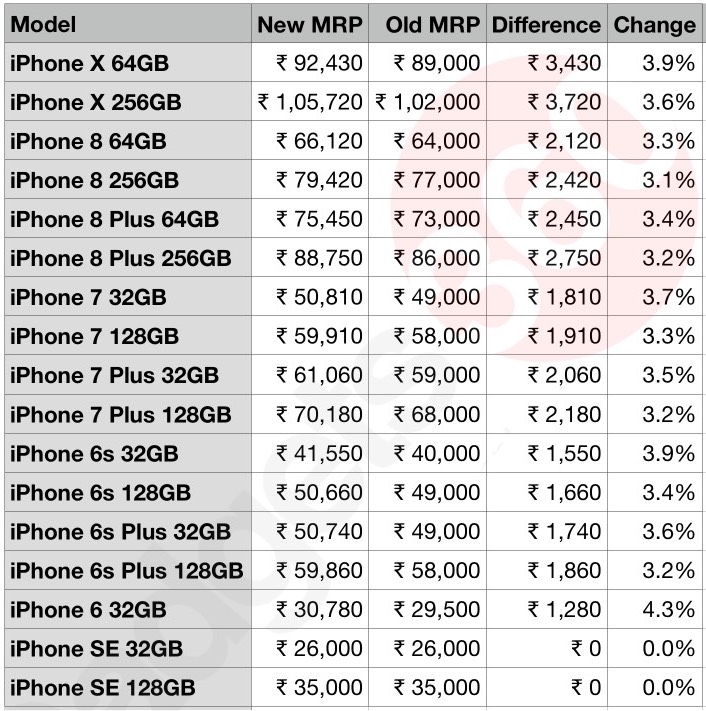 An analyst said a small increase in the price of iPhones was unlikely to dent Apple’s less than 3 percent market share in India, where it’s seen as an aspirational brand but its steep pricing puts it beyond the reach of many.

“Apple’s halo as a premium brand in India cannot be taken away by this meagre price rise,” said Navkendar Singh of technology researcher IDC.

Apple has been looking to expand local manufacturing, but is requesting tax breaks and other handouts in exchange. The Indian government appears reluctant to concede to demands.