According to a new analyst note published today by Barclays regarding iPhone battery availability for replacements, the current wait times have gone up to 3-4.5 weeks on average at Apple Stores, with longest wait found to be as much as 9-10 weeks, 9to5Mac is reporting. 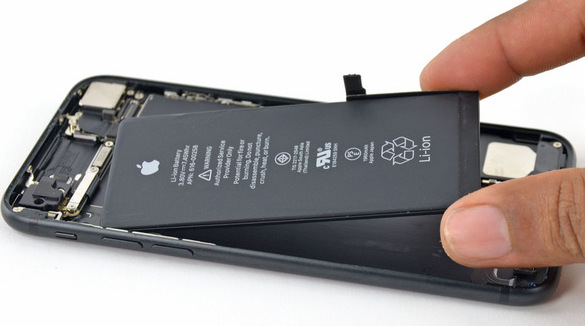 Previously, the average wait time was reported to be 2-4.5 weeks, with a forecast for steady improvements by Mark Moskowitz and company. But now, the availability is continually getting worse which according to the analysts, could lead to fewer iPhone sales for the year, including decreased sales of new 2018 iPhone models.

While the firm notes a bit of surprise on the increased wait times, Barclays says that overall, the customer response to the replacement program is on track with its previous estimates. In January, Moskowitz forecasted that about 50M iPhone users would take advantage of the program out of a total 500M eligible devices.

Earlier this month, Apple launched ‘Reserve a Battery’ option via Apple.ca or through the Apple Support iOS app in Canada, allowing users to replace their battery via Apple’s discounted out-of-warranty $35 CAD replacement offer.

Apple announced on Monday its music streaming service now has 100 million songs in its library. Apple said, “Twenty-one years on from the invention of iTunes and the debut of the original iPod, we’ve gone from 1,000 songs in your pocket to 100,000x that on Apple Music. It’s phenomenal growth by any metric. The entire […]
Gary Ng
6 mins ago

According to a report from Reuters, an administrative court in Italy has overturned a combined €200 million ($195.3 million USD or $268.23 million CAD) fine imposed against Apple and Amazon by the Autorita’ Garante della Concorrenza e del Mercato (ACGM), the country's antitrust authority, following an appeal. The fine in question was levied on the...
Nehal Malik
43 mins ago