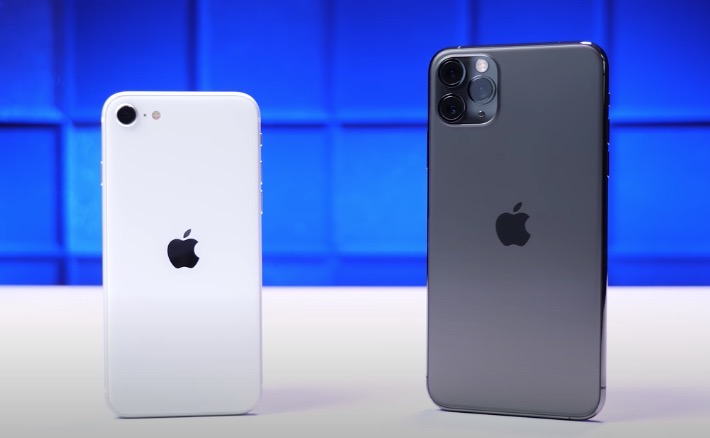 YouTube channel PhoneBuff has released a video showing Apple’s iPhone SE (2020) versus the 2019 iPhone 11 Pro Max in a drop test.

Both phones were faced with drops on the back, corner, front screen and a bonus round of 10 straight drops.

In a nutshell, the iPhone SE emerged the victor in the drop test, with the iPhone 11 Pro Max seeing its front and back glass smashed. The iPhone SE had its front glass shattered but all functions of the phone still worked, including the camera, Touch ID and trying to make an emergency call.

PhoneBuff said it was an “amazing result” by the $399 USD ($599 CAD) iPhone SE, noting “this phone is durable” and “absolutely phenomenal” for surviving all of the drop tests.

In Canada, to fix an iPhone SE (2020) out of warranty, it’ll cost you $379 from Apple, unless you have AppleCare+. It’s probably better to buy a case for your pricey iPhone than live life on the edge.