Apple announced the iPhone X on Tuesday, the “future of the smartphone,” featuring a gorgeous all-glass design with a 5.8-inch Super Retina display, A11 Bionic chip, wireless charging, and an improved rear camera with dual optical image stabilization. 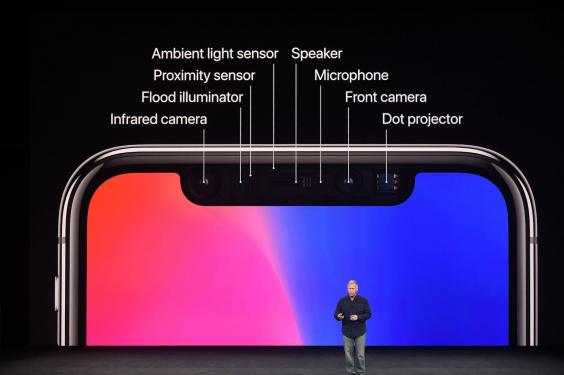 The smartphone features an edge-to-edge OLED display, but one of the most striking details is the tiny “notch” at the top of the phone, which intrudes ever-so-slightly into the screen.

That cut-out, or notch, intrudes into the top of whatever’s on screen. If, for example, you turn the phone on its side to watch a video, that black notch will be forever covering up a sliver of what should be showing on the side of the screen.

According to a report from The Next Web, Apple is working to develop new apps that are specifically designed around this “notch,” though it obviously will always be there and can’t be worked around in particular instances, such as watching videos.

While Apple is instructing app designers not to “call attention” to the display, recently release guidelines tells them not to “mask” the display features.

“Don’t attempt to hide the device’s rounded corners, sensor housing, or indicator for accessing the home screen by placing black bars at the top and bottom of the screen,” the guidelines read. “Don’t use visual adornments like brackets, bezels, shapes or instructional text to call special attention to these areas either.”

Whether you’re a fan of the “notch” or not, the iPhone X certainly marks a massive leap forward in Apple’s smartphone lineup.