Now that Apple’s iPhone XS and XS Max are available for purchase, they’ve already been given the teardown treatment. 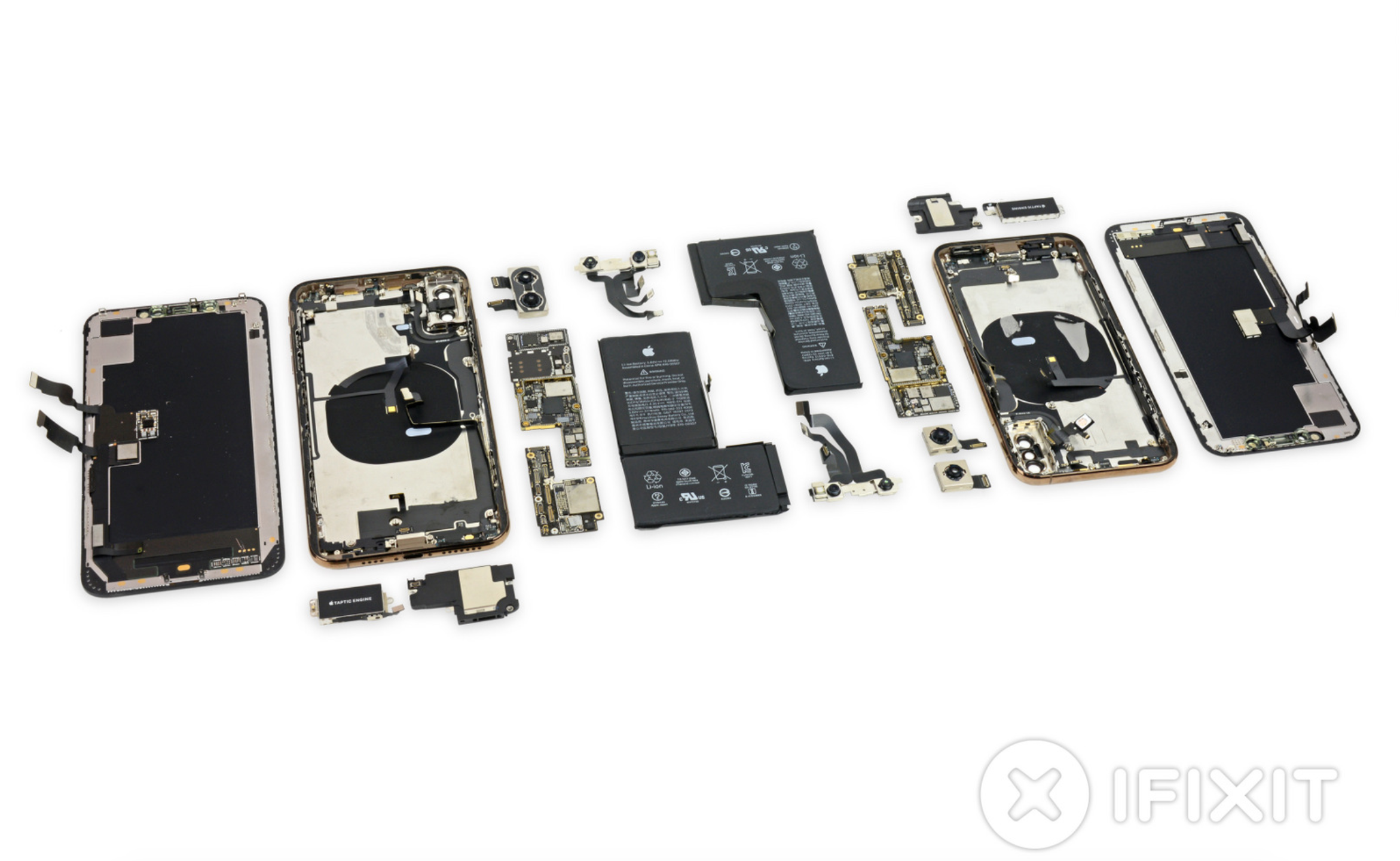 The teardown experts at iFixit have disassembled the iPhone XS and the iPhone XS Max in a new side-by-side comparison. And though the phones’ internals are quite similar to those of last year’s iPhone X, the teardown does reveal a few interesting new details.

The most obvious change is the battery. While last year’s iPhone X had two battery cells for a total charge of 2,716mAh, the iPhone XS has a single, L-shaped cell, with a slightly lower 2,659mAh capacity. The XS Max, on the other hand, retains the two-cell system from the X, with a 3,179mAh battery.

“But this decrease in capacity comes with a wild new battery configuration,” said iFixit. “Rather than using two cells to fill this L-shaped recess, Apple has constructed an all-new single-cell battery.”

The single cell battery in the iPhone XS uses the space more efficiently than the two-cell option but isn’t as powerful, iFixit writes. The extra corners and edges will make it more susceptible to stress, which could impact performance over time. To reduce the stress on the corners, Apple notched the internal corner of the battery. This dramatic shift opens up a lot of design possibilities, but the large notch is responsible for the decrease in capacity relative to the X. Only time will tell how this new cell performs with age.

The XS Max battery uses two cells and has a larger 12.08 Wh capacity. The site notes that both are in the ballpark of the Samsung Galaxy S9 and S9 Plus batteries.

Another detail that may have eluded you is that the iPhone XS’s camera bump is slightly bigger than the camera bump on the iPhone X. That means not every iPhone X case will fit your iPhone XS, if you do decide to upgrade.

As far as repairability goes, the iPhone XS and XS Max both got a decent score of 6 out of 10. According to iFixit, both the display and the battery can be repaired/replaced in many cases. However, if your back glass breaks, the phone’s entire chassis must be replaced, which is very difficult to do for non-professionals.

Here are a number of changes discovered by iFixit when compared to last year’s iPhone X:

Check out iFixit‘s complete teardown of both the iPhone XS and iPhone XS Max here.