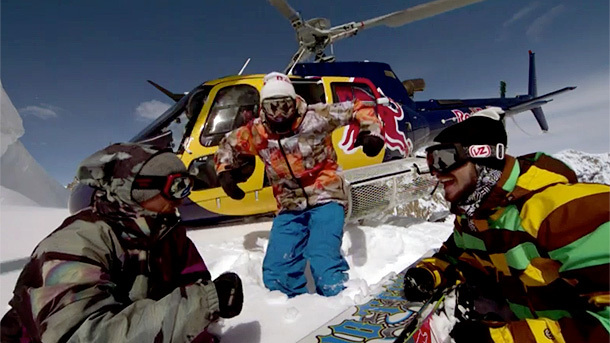 Another day, and another free download from the iTunes 12 Days of Christmas event. Yesterday we received a couple free downloads from Kelly Clarkson, and for Day 4 we get a free rental of the snowboarding documentary, The Art of FLIGHT:

A new breed of action sports film comes to life as Red Bull Media House, in association with Brain Farm Digital Cinema, present “The Art of FLIGHT”, a Curt Morgan Film. Two years in the making, “The Art of FLIGHT” gives iconic snowboarder Travis Rice and friends the opportunity to redefine what is possible in the mountains. Experience the highs, as new tricks are landed and new zones opened, alongside the lows, where avalanches, accidents, and wrong-turns strike. Immerse yourself in a cinematic experience as Brain Farm and their arsenal of filmmaking technology capture the culture, wildlife and scenic landscapes the riders take in along the way. Join in the ride as the creators of “That’s It, That’s All” completely rewrite the formula for action sports cinema with “The Art of FLIGHT.” 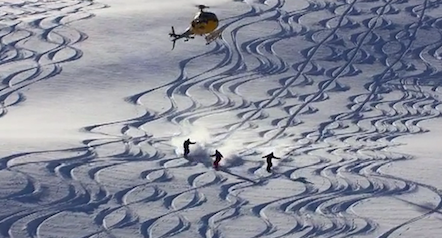 The Art of FLIGHT made its Canadian premier across five cities starting in Whistler this September. The widescreen rental is available in regular and HD, with the former download size clocking in at 1.15GB, and the latter at 2.56GB. Reviews so far have been quite positive based on the beautiful cinematography.

Check out the trailer below–these guys are insane. If you’re a snowboarder, you don’t want to miss this: