Apple retail store employees in Japan can now install iPhone screen protectors for you, corroborating a previous report by 9to5Mac which said the practice has been approved by the company. 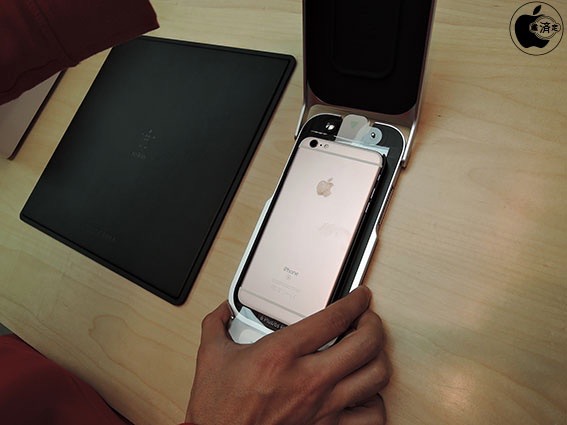 Japanese site Mac Otakara has showed off images and a video of a retail employee installing the Belkin TrueClear InvisiGlass screen protector onto an iPhone 6s Plus. What makes this install interesting is the Belkin TrueClear Pro device which allows for an easy and bubble-free process, by any employee.

In the video below, you can see how the Apple Store employee meticulously goes through the screen protector install process, for a flawless application:

No word on when we’ll see this arrive in Canada or the U.S., but keep your eyes peeled on your next visit to the Apple Store. In the meantime, these Tech Armor glass screen protectors for iPhone 6/6s ($7.95) and iPhone 6/6s Plus ($8.95) should do the job from Amazon.ca.