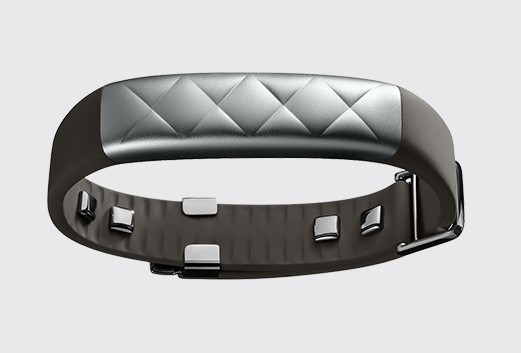 Jawbone announced UP3, its third take on fitness trackers, which features a number of new sensors that enable more advanced tracking abilities such as heart health, advanced sleep and workout recognition.

Using the built-in sensors, the UP3 is able to measure the user’s heart rate in context: during activity, resting heart rate and heart rate throughout the day. Also, given its long (up to 7 days) battery life its creators have included the ability to measure detailed sleep stages such as light, deep, and REM sleep.

Every Jawbone UP fitness tracker comes with the Smart Coach feature, and the UP3 is no exception. It uses everything it learns about user activity, sleep, food and resting heart rate, so it can give a deeper insight and more personalized tips to reach goals faster.

The UP3 is water resistant and available later this year in black and silver. No pricing has been announced for Canada yet, but it will cost $179.99 in the US, and will be available in a limited number of Apple Stores, Best Buy Canada and Future Shop.