Apple is working on a 4.8-inch “iPhone 6”, but it isn’t likely to announce it this year, as it has run into manufacturing issues, Jefferies analyst Peter Misek claims. 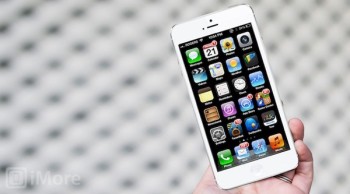 While earlier rumours of the 4.8-inch iPhone Math claimed the device would reach customers as soon as this year, the analyst’s sources suggested that the bigger-screen “iPhone 6” (not iPhone Math) production has been postponed because of “screen-yield issues”.

With the iPhone 5, Apple switched to in-cell technology, which essentially meshes the touch screen with the glass screen into one thin display, and because Apple seems to be satisfied with this technology, it will likely continue using it with the bigger-screen iPhone, which, according to Misek, will be the iPhone 6.

Another possible explanation for postponing the launch of the 4.8-inch Phone 6 to June 2014: The device will run on a 20 nm processor, taking advantage of greater speed and reduced power consumption. The 20 nm processors will likely enter into mass production during this fall.

He also reinforced the rumour that Apple is working on a cheaper iPhone, as well as an iPhone 5S, which will be a slight bump over the current iPhone 5.