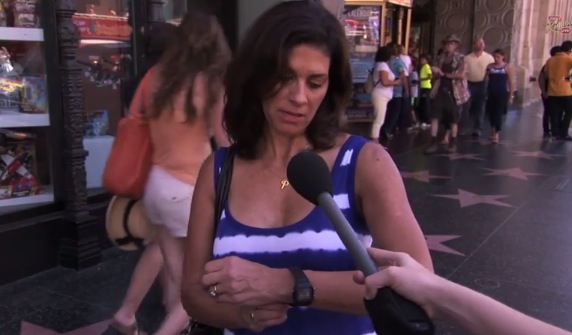 All eyes are on Apple as expectations have been heightened for new products coming this fall. We know the iPhone 6 is inevitable, but what about the rumoured iWatch?

Jimmy Kimmel decided to try yet another one of his Apple pranks on the public, by flogging a $20 Casio watch with an Apple logo on the back on the street:

Apple is rumored to be working on what people are calling a “smart watch.” Since this is a product that does not exist yet, we thought we’d have some fun with it. We went out and showed people a device we claimed was the new Apple watch, but was actually a $20 Casio watch with an Apple logo glued to the back of it. It turns out there are some people who love Apple enough to look past that.

Oh lord is this pure gold—check it out below:

Back in 2012, Kimmel also tricked people into believing an iPhone 4S was the new iPhone 5, while also sharing a new accessory last year known as a ‘scented’ iPhone.