Looks like BlackBerry CEO John Chen has failed to convince his own wife that the company’s latest flagship BlackBerry Passport should be her “go to” smartphone. According to a Financial Times report, John Chen had to confiscate his wife’s Samsung Galaxy phone saying that he felt embarrassed when she took out her Android phone at parties. 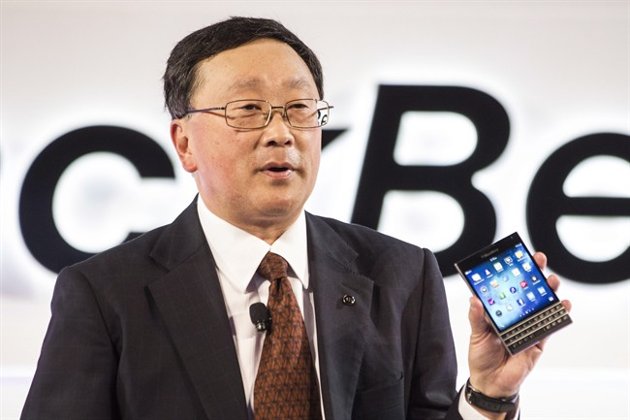 Mr. Chen explained in an interview with the FT that he had a hard time trying to get his wife to part with her Samsung Galaxy smartphone. “There were a couple of parties we went to and, when my wife brought out the Samsung, everyone kind of looked at me funny,” he says. “So eventually I said she needed to use a BlackBerry. ‘No, I like my Samsung’, she said, and I told her she was embarrassing me.”

Initially, she found the new phone difficult to master, an experience that Mr Chen says is shared by many using a BlackBerry for the first time. “It is harder in the beginning, but once you get it, it’s actually quite powerful. It makes other devices look a little toyish.”

He likens the experience to driving his friend’s Lamborghini. “There’s a special sequence but, once you know where all the things are, it blows your mind. Still, because of that, I would never buy a Lamborghini. We too need to make sure the learning curve is not so steep.”

Looks like this is just one of many challenges facing Mr. Chen, who came out of semi-retirement a year ago to try and turn BlackBerry around.