Jonathan Zdziarski, a prominent security expert when it comes to iOS, has announced on his blog he has joined Apple’s Security Engineering and Architecture team.

The security researcher said he was “very excited to be working with a group of like minded individuals so passionate about protecting the security and privacy of others.” He went on to say:

This decision marks the conclusion of what I feel has been a matter of conscience for me over time. Privacy is sacred; our digital lives can reveal so much about us – our interests, our deepest thoughts, and even who we love. I am thrilled to be working with such an exceptional group of people who share a passion to protect that.

Zdziarski has been uncovering exploits and security mechanisms used by authorities in alleged attempts to track iPhone users for years. Back in 2014, he discovered what were alleged services in iOS 7.1.2 that saw packet sniffers available on 600 million iOS devices. 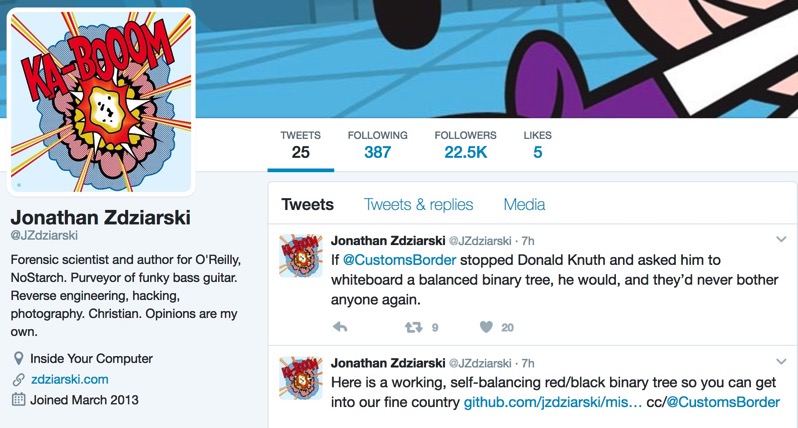 The iPhone forensics expert has also shut down his Twitter account with nearly 23,000 followers, on the same day he announced his move to Apple.

Last September, Zdziarski was among various top iOS and Mac hackers invited to a meeting to Apple’s headquarters in Cupertino, where they were briefed on the company’s bug bounty program.