After turning heads with her series acting debut in Amazon’s Homecoming, Julia Roberts has signed on to star in an upcoming Apple TV+ limited series. 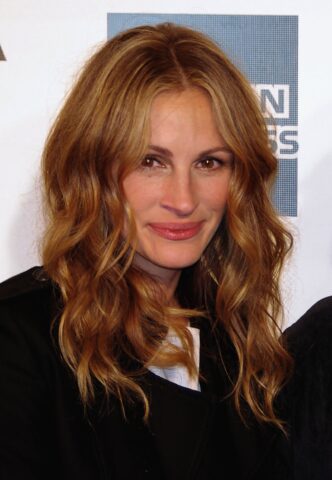 According to The Hollywood Reporter, Apple TV+ has given a straight-to-series order to executive producer Reese Witherspoon’s limited series adaptation of author Laura Dave’s upcoming novel titled “The Last Thing He Told Me,” with Oscar winner Julia Roberts officially signing on for the leading role.

On top of starring, Roberts will also be serving as an executive producer through her Red Om Films banner.

The Last Thing He Told Me will follow the story of a woman who forms an unexpected relationship with her sixteen-year-old stepdaughter while searching for the truth about why her husband has mysteriously disappeared. The series adaptation will be written by Dave’s husband and Oscar-winning scribe Josh Singer.

The series will mark Roberts’ second regular television role in recent years, as she previously starred in Season 1 of Homecoming at Amazon. She is primarily known for her film roles, including her Oscar-winning turn in Erin Brockovich. She has also been nominated for Steel Magnolias, Pretty Woman, and August: Osage County.

Hello Sunshine, which is producing the series, also produces The Morning Show, another high-profile series on Apple TV+ which is heading into its second season. It is currently unclear when The Last Thing He Told Me will begin filming or when it will release on Apple’s streaming service.