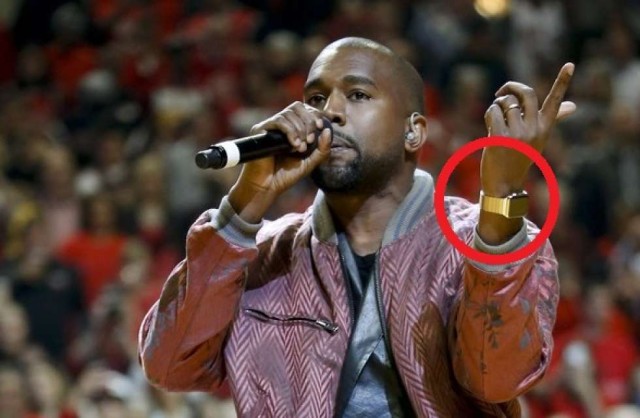 Kanye was seen wearing the exclusive Watch at a Louis Vuitton cruise show in Palm Springs, and has also worn it for both an appearance at the School of the Art Institute of Chicago, and a performance during the Cavaliers vs. Bulls game four of the NBA Playoffs (via CultOfMac).

So far, only celebrities have been seen wearing the all-gold custom link Apple Watch band, which is currently unavailable to customers.