Last week Amazon CEO Jeff Bezos teased a new Kindle was set to be released this week, with sources informing the Wall Street Journal the new e-reader would be thinner and also come with a rechargeable battery case (Kindle battery life is already really good).

Now, the new Kindle has apparently leaked in China, after marketing images were leaked to Tmall, according to Kindle Fere (via The Digital Reader).

The images below seem to confirm what the WSJ was reporting, including a thinner design and also a rechargeable battery case cover. The new Kindle ‘Oasis’ has an asymmetrical design to accommodate both left and right-handed users, with dedicated page-turning buttons on the sides. 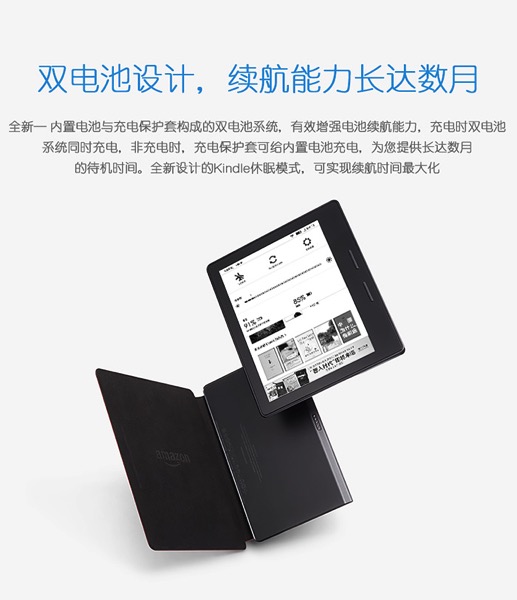 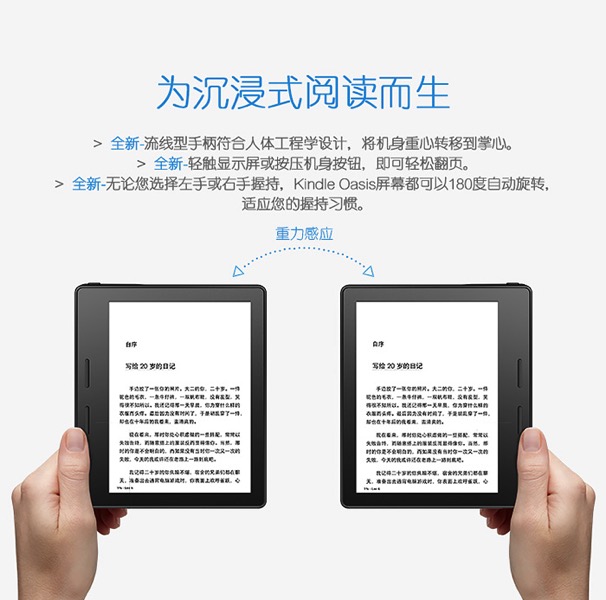 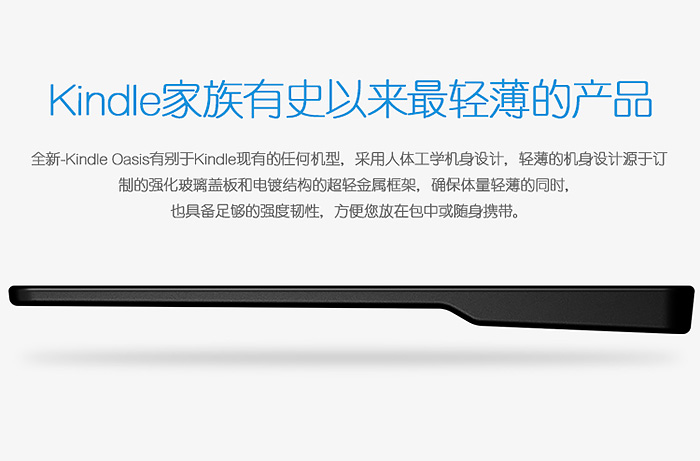 According to a Reddit translation of the leaked marketing images, the new leather case (with 12 magnets) with battery will extend the Kindle’s use up to several months (on top of a new sleep mode for extended battery).

The display will be 300ppi, while the device 3.4mm at its thinnest and 8.5mm at its thickest points and weight 131 grams, or about 20 percent less than previous Kindles. Sensors will automatically rotate the screen depending on which hand you’re holding the Kindle with. The display also has a 60 per cent increase in LEDs for better nighttime reading, while the display has better anti-glare properties.

Amazon says the weight of the device now shifts to your palm for less hand strain and more ergonomic reading. No confirmation of whether the device will be waterproof as rumoured, but with a name like Oasis…

We should hear from Amazon this week, as the company is set to debut its newest Kindle, but as of now, it looks like someone spilled the beans prematurely.