With Apple set to launch their iPhone 5s on September 20, some have pondered how the company would demonstrate the new Touch ID fingerprint sensor feature in its retail stores.

According to the iPhone 5s employee training guide acquired by 9to5Mac’s Mark Gurman, Apple will have a dedicated ‘Touch ID demo app’ on devices to allow customers to try out the new feature at its retail stores and for carriers stores to implement. The demo app will be able to be reset after each customer use of the Touch ID sensor.

Under the section on ‘Quick Demos’, employees are instructed to do the following: 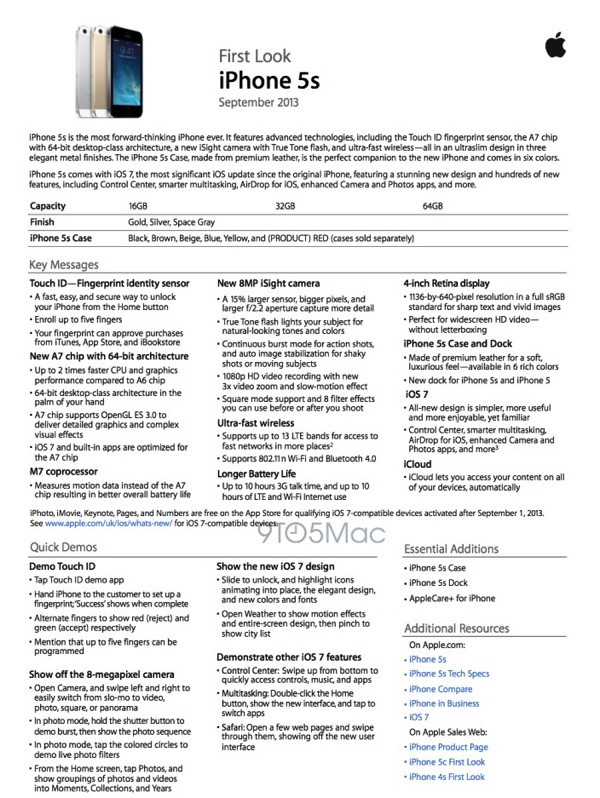 Unlocked iPhone 5s prices start at $719 in Canada ($649 in the USA) for 16GB models. Rogers and Bell have already revealed their 2-year term and no term pricing for the device; 16GB models on contract will start at $229. Like last year with the iPhone 5, existing carrier customers can reserve an iPhone 5s at Future Shop, Best Buy and other carrier stores such as Wireless Wave and Tbooth Wireless.

In this week's edition of his Power On newsletter, Bloomberg's Mark Gurman speculated that Apple could launch an even pricier iPhone model, positioned above the "Pro Max," as early as 2024. The renowned analyst previously reported that Apple could rename this year's iPhone 15 Pro Max the iPhone 15 "Ultra." However, he now believes the company is...
Nehal Malik
17 mins ago