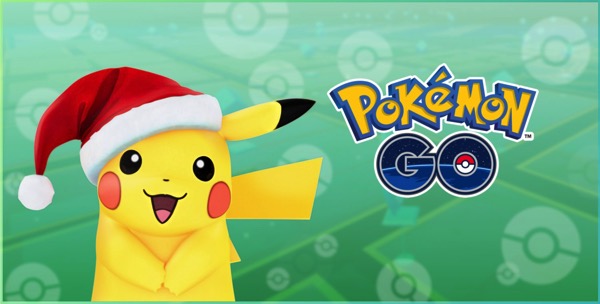 Over the next few months, a number of new Pokémon will be added to Pokémon GO, including a limited edition Pikachu. In an official post by the Pokémon GO team, it has been mentioned that starting today, Trainers will have the opportunity to hatch Togepi and Pichu, and several other Pokémon that were originally discovered in the Johto Region in Pokémon Gold and Pokémon Silver video games.

“These are the first of more Pokémon coming to Pokémon GO over the next few months. Be sure to use the hashtag #PokemonGO on Twitter to share your experiences as you explore your local neighborhoods with family and friends, walk to hatch these Pokémon from Eggs, and register them to your collection this holiday season. We can’t wait to see what Pokémon you’ve hatched!”

The announcement further notes that starting later today through December 29, 2016, 10:00 A.M. PST, users will be able to find limited edition Pikachu all over the world, as a “special treat” from the developers of Pokémon GO.

The limited edition Pikachu will be wearing a festive hat to celebrate the season! Use the Pokémon GO AR camera when you encounter them in the wild to take their picture and share it with us using #HolidayPikachu.