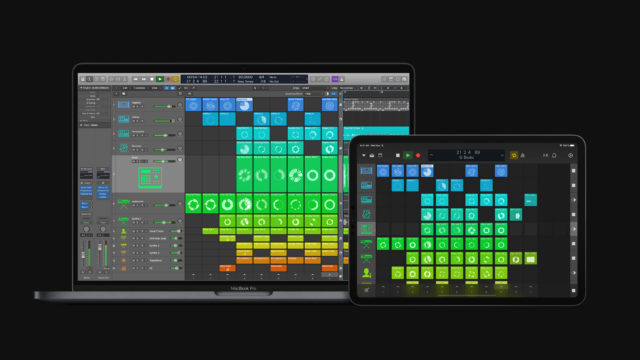 In a new press release, Apple touted the update as the most significant release for the music recording and production platform since the launch of Logic Pro X.

“The Mac and Logic Pro X are essential tools used by the world’s top musicians and producers to create the music that we all love,” said Susan Prescott, Apple’s vice president of Apps Product Marketing. “Logic Pro X 10.5 represents the biggest update to Logic since the launch of Logic Pro X, with powerful new tools that will inspire every artist — from those just getting started with Logic, to those already using it to produce Grammy Award-winning albums. We can’t wait to hear what these artists create next.”

A new plugin Sampler is an update to EXS24 sampler, offering a redefined interface, backwards compatibility, modulation matrix, multi-sampling functions, and a Quick Sampler function that can turn any sound, recording, or audio file into a multi-sampled sampler instrument in a few clicks.

Additionally, a new Step Sequencer function allows users to input drum sounds and notes across a dedicated grid rather than piano roll, with sequencer functions like gate, skip, randomisation and playback direction all available.

Logic Pro X 10.5 is available Tuesday as a free update for existing users. The software costs $279.99 CAD for new customers.