Have Lunch with Tim Cook at Apple Park for $100,000 in Latest Charitybuzz Auction

Want to visit Apple Park? How about lunch with Apple CEO Tim Cook? You can do both in the latest Charitybuzz auction, which supports the Robert F. Kennedy Human Rights organization. 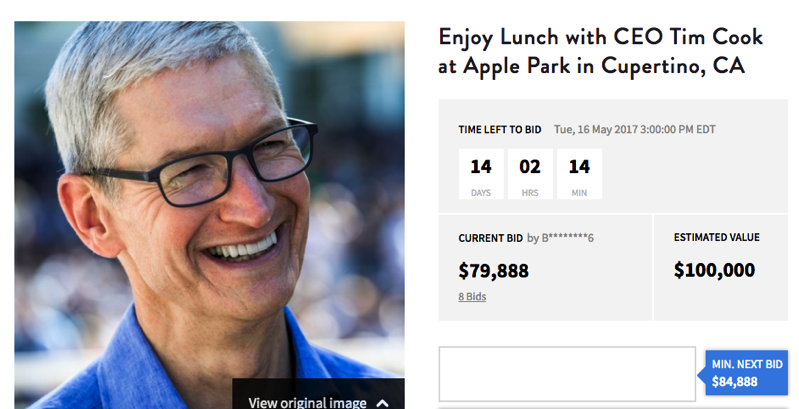 The auction value is $100,000 USD, and currently sits at $79,888. The auction is valid for two people to have a one hour lunch with Cook at Apple Park, with the cost of the meal included. The experience must be redeemed by December 17, 2017 and travel and accommodations are not included.

Charitybuzz says for those willing to participate in this auction, you must have a credit card ready for a pre-authorization charge. Who’s placing the next bid?