Mario Kart 8 Deluxe for Nintendo Switch Launches in Canada, Get it for 20% Off Here

If you’ve nabbed a Nintendo Switch, then you probably will want to grab a copy of the highly anticipated Mario Kart 8 Deluxe, which has launched today in Canada and beyond. 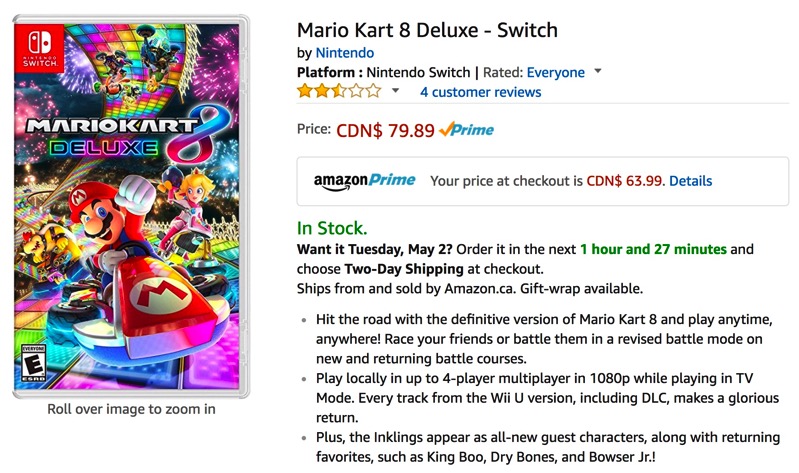 One earlier reviewer on Amazon called Mario Kart 8 Deluxe the “best Mario Kart ever made,” citing the graphics and 48 tracks available, plus the classic battle mode with 8 new tracks.

The Nintendo Switch can be controlled with the Parental Controls iOS app, allowing parents full control over the console to limit playing time for their kids.

Click here to buy Mario Kart 8 Deluxe for Nintendo Switch from Amazon.ca. Did you pick up a copy?